Fundamentally, did the Palmer Raids occur with the consent of the people in US?

I would say no. They were raiding, beating, robbing, kidnapping, and imprisoning people in the US, so they definitely didn't have their consent. But I suspect this question is referring to the people in the US as a collective. However, I would still say no. One of the biggest requirements of genuine consent is a lack of coercion. The authorities, including president Wilson and J Edgar Hoover, whipped up a frenzy about communism and anarchy partly because they were afraid a proletarian uprising would storm their halls and start executing the politically powerful as it happened in Russia. Undoubtedly, there were supporters of the Palmer Raids that organically wanted every last commie in the ground or on a boat out of this country. The numbers of supporters and their levels of support would certainly be much lower without the Sedition Act and the red scare's promotion in print media. If a group of people, through the use of media, law, and government violence are continuously pushed to support choice A, are members of that group actually free to support choice B?

Additionally, the US was a hotbed for marxist thought around the late 1800s-early 1900s. Inequality that had been rising for decades was translating into popular support of socialist ideals, so there was a large group of Americans that would likely never agree with the Palmer raids. Coupled with a large populace that was uninformed and busy making a living, it was a small minority of Americans that truly consented to these raids. 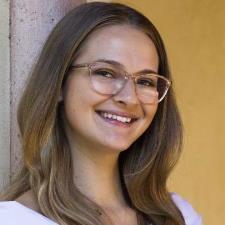