what Is so important about the 19th Amendment?

What is the significance of the 19th Amendment and how does it help people today?

By enabling women to participate in national elections, the United States added nearly half of the entire adult population to those eligible to vote that had previously been denied this right. This increase in the franchise (those eligible to vote) made the United States more of a democracy than it had been, just as the 13th Amendment, which extended the right to vote to African-Americans, had made the country more democratic.

The fact that women would now be able to exercise the right to vote was also a tremendous step forward in terms of women's rights, bringing women in the United States closer to equality with men. This served to further undermine the notion in society that women were somehow inferior to men.

Lastly, it should be understood that the impact of the passage of the 19th Amendment was not limited to the United States. As a major power in the world - all the more so, having just contributed to victory in World War I (1914-18) - what took place in the United States represented for many countries around the world the way of the future, an example of what they too should do to change their societies for the better. This included both the increase in voting rights - enabling previously excluded peoples within a country to participate in the political system - and the increase in the rights of women.

The 19th Amendment to the Constitution is significant because it finally gave women the right to vote. Up until its passage, women had struggled since the birth of our nation to be able to voice their opinion at the ballot box. In 1848, The Seneca Falls convention was held and it produced the Declaration of Sentiments, which reflected the themes in the Declaration of Independence. From Victoria Woodhull, the first woman to run for President to Jeannette Pickering Rankin, the first woman to hold federal office in the US, to Hillary Clinton, the first woman to run for President from a major party, woman have slowly gained more power.

It gave women the right to vote.

Some early feminists, such as Mary Walker (2nd American medical doctor & Medal of Honor recipient) argued the 14th Amendment Equal Protection Clause already had given women the right to vote, so she dressed up like a man and voted, until caught & It'arrested.

Today, the 19th Amendment is taken for granted. It's more a matter of historical record than a legal argument today. The 15th Amendment similarly doesn't get cited as much as the 14th Equal Protection clause in matters of voter suppression for minorities. Another amendment extended the vote to 18 year olds.

Maybe the 19th, 14th and 15th's significance today is possibly extending the right to vote to illegal aliens, non-residents, the homeless, convicted felons, prisoners, the unregistered and others who may be denied the right to vote 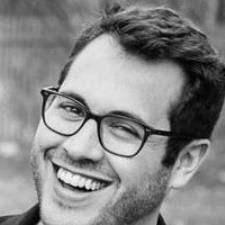