The best way to set these problems up so that they make sense is to put them in a table format.

Use the distributive property to multiply:

subtract 1.5 from both sides:

This question is a mixture question. These are often given in terms of liquids, but other mixtures are possible. There have been good answers for your specific problem. I present here a general approach to mixture problems.

As with any text problem it is important to first realize what information you are given. Mixture problems contain information about mixture concentrations (how much P (part) is in the mixture), mixture amounts (can be measured in mass (e.g. kilogram), but most often in volume (e.g. liter).

Step 2: Set up the problem

Always set up mixture problems in a table. (What I suggest is very similar to Kathye P.'s table, but the rows and columns are switched. The advantage is that you can read off the equations needed in step 3more easily.

The general table for mixture problems:

Amount of Mix         <fill in this row in the units determined in question 3 above.
if the value is unknown, use a variable.>

Amount of P             <fill in this row in the units determined under 5 above.
This is done by multiplying in each column the values of the two rows above>

Step 3: Set up your calculation

This way of setting up mixture problems will work no matter what is asked for. The most common question asks for volume of the mixtures necessary to produce a certain mixture, but other questions are possible.

This approach works for a variety of problems in amounts are not given directly but via ratios.

If you are interested in learning the general set-up so you don't have to learn different approaches for these similar problems, send me an email.

I think you mean 25%, not 255. If that is NOT what you mean, then ignore my answer. Assuming I’m right, here is how I would go about solving this one.

This is a mixing problem. There are volumes and concentrations to consider. What we need to find is the volume of each of the different orange juices that we will mix to make the final 15 L.

Start by distributing the .1 and doing the multiplications.

Subtract 1.5 from both sides

Now relate this to what we said V was, the volume of the 25% juice.

Assuming that you mean 25.5% orange juice and 10% orange juice, I am going to try to explain how to solve the problem, but not give the answer (as you request).

Using the chosen variables, set up one equation where the volumes add up to volume of the final solution (x + y = 15).

Continuing with the same variables, set up an equation that involves the percentages multiplied by their volumes (.255x + .10y = .18 X 15).

Solve the system of equations using either substitution or elimination method to get the final solution. 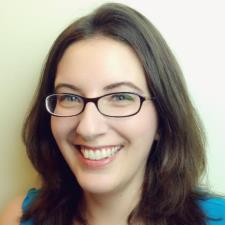 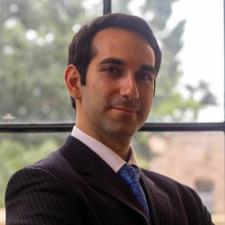