How Do You Make Corporate Rights/Contracts Enforceable?

My name is Emmett D. Decker. I've been wanting an answer to this question since about the 5th grade now. Even though I am now 16 years of age, no adults [Or Google] I have asked within that time frame knew the answer to my legal/business query. Then, an occurrence in 2017 fueled my obsession for an answer, and I finally have resorted to online asking websites due to the time the SARS-CoV2 pandemic has afforded me with. Hypothetically, let's say I have a significant economic stake in Corp X. If someone violates the rights that legal entity Corp-X has as a non-natural born legal person, how do I contract the government to enforce those rights? As an example provided, in 2017, an environmentalist named Clifford E. Lundgren sold CD's to Microsoft's operating systems and thus violated Microsoft's terms. The US government sentenced him to 15 months in federal prison. How did they do that and how can I have any violators I want arrested? How did "The Fed" know to arrest him if Microsoft has no partnership whatsoever with the public sector? Is the public/private partnership social connection based? That is, did C-Level employees of Microsoft go to a cocktail party with US politicians/diplomats of INTERPOL or is it a systematically based registration process? Or, did Microsoft bribe "The Fed" to make the arrest? If they did and "True Justice" doesn't really exist in the US or the world, how do you suppose I do any of these things if I own a significant economic interest/am the CEO of such Corp to protect my right to profit? As a 16 year old boy interested in the specific workings of human civilization, I'm asking because [to know my motives as a, "cold hearted future businessperson"] basically, I want nothing other than to prevent the self destruction of humanity, to become a billionaire entrepreneur, and to marry a sexy movie star that looks like Ray Dalio/Willem Dafoe [Or Tim Gunn].

There are a lot of parts to this question, but I might be able to add some clarity.

When a company develops a product, such as Microsoft did in the Lundgren case, they obtain a patent for that product which you can think of as a right to a monopoly. Lots of kinds of property arrangements function this way. If you buy a house, you are the exclusive owner of that house and you are allowed to welcome in whoever you want or make them leave your property if you wish.

All legal contracts only work because they're recognized by the state. The monopoly rights to the Microsoft operating system are acknowledged by the state and the state pledges to enforce that right. It has to be the state to do that, otherwise each company would need to have their own law enforcement apparatus to enforce the patent. That's more or less how you could think of illegal contracts. If you were selling drugs and didn't return as much money to the drug lord as he'd expected, he'd hurt you or your family himself without going to the government. The advantage of a legal contract is that you can have state law enforcement do it, and the whole process is a lot smoother.

This means that Microsoft doesn't necessarily need any super close relationship with the state to enforce that contract, just as you don't need to make a special arrangement with the state to protect your house from home invasion beyond the contract itself.

The second part of your question seems to address how the law enforcement knew the contract was being violated in the first place. The truth is there are violations of intellectual property law happening all the time. You can see it in counterfeit designer clothes or in pirated media. The FBI has an intellectual property division that tries to detain criminals engaging in all this activity in the same way federal, state, and local police are always trying to detain criminals; there's again not really a difference between counting on law enforcement to protect your company from intellectual property theft as there is between counting on them to defend you from home invasion. To carry the analogy further, just as you can get an alarm system in your house to better protect that property, large companies like Microsoft have departments of people to protect them from intellectual property theft, but they'd still need to notify law enforcement to bring down the full force of the law.

I hope this helps, and good luck pursuing your dreams of marrying a movie star! 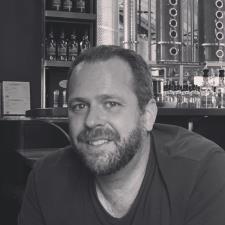