. Evaluate the extent to which both internal and international migration transformed American society from about 1880 through 1930. Provide specific evidence to justify your answer.

I am not going to write an essay for you, but I will suggest some ideas that hopefully help you develop an outline for your essay.

Economic: Did any new job markets arise due to immigration during this time period? Are there 'typical jobs' that immigrants tended to work when arriving in the U.S. or when relocating within the country? Are there any noteworthy changes in national or international trade that can be attributed to immigration or immigrant labor? Did the U.S. experience significant economic growth or contraction as a result of immigration?

Social: How did the American public respond to immigration? Was there any noteworthy propaganda, prejudice, or segregation that shaped how people interacted with immigrants?

Industrial: Did immigration give rise to new cities and urban development?

Considering the questions above should allow you to pinpoint relevant evidence and facts that you learned during your class. After you put together a list of changes that resulted from immigration in different sectors (political, economic, etc.), determine how impactful these changes were to society as a whole.

Hopefully this helps provide an outline for your essay and you can use this to direct your writing/research. 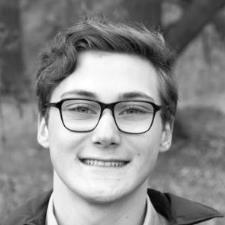