I'm writing an essay on a song and need help with this. If it isn't irony could you tell me what literary device it would be? Thank you so much!

Not really. Irony is divergence from expectation of reality. I would call this more of a trick of syllable or meter. This also isn't proper grammar, which would remove the intentionality of irony. I would research things like 'Iambic Pentameter' if you want to get really technical with the analysis.

The short answer is no, I don't think this is irony.

A lot of people get mixed up over what exactly irony is, which is understandable, because there are a lot of variations. But the basic meaning of irony is using a word or phrase to mean something different--often exactly opposite--to what it literally means.

So if you think someone's wearing a hat that you don't like, and you say to them, "nice hat!" in a way that clearly shows you don't like it, that's irony.

Likewise, in Macbeth, when Duncan asks the bloody sergeant if enemy reinforcements dismayed (or frightened) Macbeth and Banquo, the sergeant replies, "yes, as sparrows eagles, or the hare the lion." In other words, the enemy army frightened them as much as sparrows frighten eagles or as much as bunnies scare lions, which is to say, not at all. That's a more classical example of irony.

So unless the song lyric means that girls DON'T really like girls, it's not irony. And since it's a female-female love song, that probably isn't the intention. I don't really see a strong literary device in this line at all; it's pretty straightforward. You could say there's something like a pun, since there are two different meanings of the word "like" right next to each other. And there's some rhetorical technique in repeating the word "girls" and then contrasting it with the word "boys." There's a Greek name for that kind of thing, but it's probably not all that helpful, since usually when a class is talking about literary devices, they mean stuff like metaphor, simile, personification, hyperbole, etc. If you're committed to this song, maybe look at some of the verses--looks to me like they're a lot riper with literary devices.

POSTSCRIPT: If you know the song "Ironic" by Alanis Morrisette, you may notice that her examples don't really match my definition of irony: rain on your wedding day, a black fly in a chardonnay, a free ride when you're already late... And it's true, those aren't examples of irony. Which either means the song is mis-titled or else maybe it's the TITLE that's ironic...! 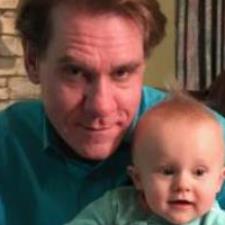 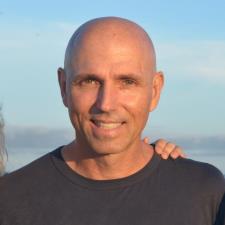