What are some useful ways to differentiate preterite and imperfect?

What are the differences? What are good ways to rememeber besides long acronyms?

The easiest way I have found to explain the difference between the two isn't visual but it has proven very effective with my students so far.

Preterite is used for plot. - What happened, who did what, how characters reacted, etc.

Imperfect is used for background information. - What was going on at the time, describing the setting of the scene, giving information without progressing the story along.

I'm a super visual person, so when I was first learning this, an analogy that my professor used stuck with me: a picture with a frame. They drew a squiggly frame on the board with a person right in the middle. The person represented the action (preterite) and everything else was the context or setting of the action (imperfect). This imagery helped me distinguish between verb tenses by asking what the purpose of the verb was. Was is to provided context for an action or describe a thing/location/feeling in the past? --> imperfect OR Was is to describe something that took place and then ended? --> preterite

Cuando tenía diez años ... when I was 10 years old

Yo sentía feliz hasta que me cortó el pelo ... I was feeling happy until I cut my hair.

All of the other answers here are excellent, but sometimes when I am uncertain I ask the question: does the event have a definitive ending?

A common example is:

The knock on the door happened and ended. Knock knock! And it's over. So it's preterite.

But the phone conversation isn't necessarily over, so it's imperfect.

In this instance, knocking on the door hanging up the phone happened and have a definitive ending, so they are both preterite.

A simple way to help distinguish whether to use the preterit or the imperfect, is to ask whether the action is an event (preterit) or a state of being (imperfect). You also want to ask yourself if the action was either a one time event - which, by definition, would have happened at a fixed point in time (preterit) - or an ongoing reality, state of being, or habitual event (imperfect).

Preterite and imperfect were always explained to me visually by drawing a wavy line with a straight line through it (kind of like this ∼Ι∼). The wavy line is the imperfect, that isn't specified by an amount of time, and is often habitual or descriptive. The straight line, the preterite, often interrupts the imperfect and always indicates either the beginning of an action, the end of an action or the entirety of an action.

I was talking with my mom (for an unspecified amount of time) when the phone rang (a single action that interrupted what was already happening).

We went to the park at 10:00 (specific time) because we believed you would be there (it's not clear how long or when we started believing that).

It was hot on Tuesday (description) when we left the house (a clear, defined action).

Aunque llevaba (no motion), yo fui a caminar (starting the motion).

^Here's a brief example of what I'm referring to. You can also paint a picture in your head to determine what would be happening in the foreground vs. the background. 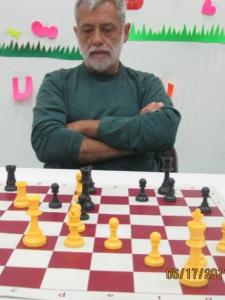 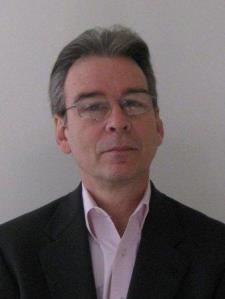 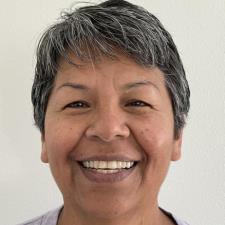