DNA Repair in relation to cancer

Why does inhibition of topoisomerase damage DNA?

Top inhibitors do not directly cause DNA damage. They create a clamp on the topoisomerase thus, stalling replication fork. The cells manage to overcome this block by converting the stalled replication fork into a double-strand break

Why do topoisomerase inhibitors damage hair and hematopoietic (blood cells) cells but (hopefully) not other healthy cells.

Most malignant cells lose their cell cycle inhibition control,and therefore, divide uncontrollably. Consequently, at any time a significant number of malignant cells is replicating. Alternatively, majority of normal cells (except hair follicles and blood cells) exist in quiescent state, i.e. they are not dividing. Top inhibitors do not differentiate between normal and malignant cells but rather target relicating cells. Those tumors that have low proliferation rate may not respond well to the topoisomerase inhibitors.

As I have already mentioned, Top inhibitors indirectly produce double-strand breaks, which is the most dangerous type of DNA damage. If left unrepaired, even one double strand break triggers apoptotic cell death. At the concentrations uzse, Ususally, topoisomerase inhibitors produce more breaks that the cell could repair and therefore, induce a massive cells death..

Double-strand breaks however, could by repaired by two alternative mechanisms, homologous recombinations (HR) and non-homologous end-joining (NHEJ). While the DNA repair by HR is pretty accurate, the second mechanism (NHEJ) intrinsically carries some errors. These errors (or newly acquired DNA mutations) may be responsible for new (and unrelated to the initial one) incidents of cancer.

During transcription, mRNA is copied from a chromosome. But since the chromosomes are in homologous pairs, which chromosome in the pair is the mRNA made from?

What is a label moiety on gene probe?

DNA Extraction of a Wheat Germ. 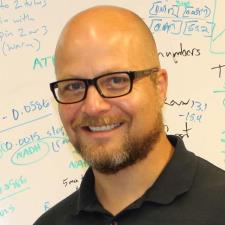 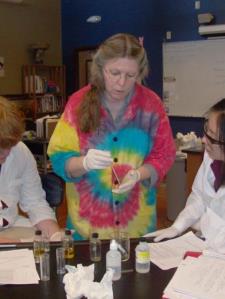 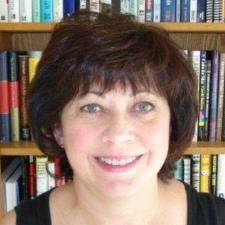