The Greeks designed and built the Parthenon in honor of Athena (the city of Athens takes it name from Athena as well). In Greek Mythology, Athena and Poseidon were fighting for control of Athens, so each gave a gift to the people, Poseidon struck his trident and a salt spring came forth; Athena gave the Athenians an olive tree. Athena was declared the victor (the olive is very important in Greek culture and their economy), so the Athenians built the Parthenon to honor her. However, at another temple in the Acropolis, there is a temple called the Erectheion, that is in honor of Poseidon and marks the spot where the spring supposedly opened up.

The Greeks would have a major celebration, the Panathenaic procession, to honor Athena that ended at the Parthenon. 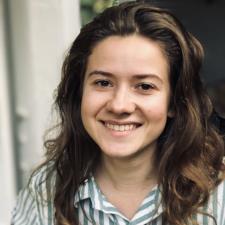