I understand it's beautiful, but I don't understand why my professor thinks its monumental.  This is my first art history class

The importance of the painting lies in the context. At the time, 1863, first exhibited at the salon in 1865, paintings of Venus coyly glancing at the viewer, neoclassical figures, composed landscapes of the "ancient" where popular and acceptable. The only accepted female sexuality in art lies in Venus paintings and commissioned portraits of someone's wife or lover, in a neoclassical style, and most likely will be "airbrushed", if you will, to perfect their figure, and will probably never ever be seen by anyone but the artist and the patron.

Now, Manet, in a time period where it is considered downright un-lady like for a woman to show a bare ankle in public, displays a young girl as a courtesan (prostitute), gazing directly at the viewer, in the exact same pose as the very famous and revered painting called the Venus of Urbino or other famous Venus paintings. Another shocking detail, he painted her as is, without perfecting her figure.

So as society saw it, he painted an ugly un-lady like child courtesan glaring at the viewer as she attempts to put on the air of a classic art subject. On top of that, it was exhibited in the Salon! The pre-eminant institution of "good" art at the time. If you were worth your salt in France in 1865, you had been accepted into the salon...so why was this "trash" in there?

In essence, Manet is acting like the Banksy of early modernism. He uses an ironic juxtaposition of a modern figure to a classic one to make a point about modern life.

I think the reason is the contrasts between the light and the dark. The painting is of a woman/ prostitute. The brightness of the painting surrounding the nude woman contrasts the darkness of the black woman and cat in the background. But it isn't necessarily the subject that she is nude that makes it a momental painting, rather it is her gaze that you cannot escape. It is just suggestive and the objects around the room suggest (quite frankly) that she is a woman with a sexual independence. Her hand suggests that her is sexually independent and not dominated or controlled by a man. Her bracelet and orchid suggest a sense of the exotic, and the cat symbolizes prostitution.

Upvote • 1 Downvote
Add comment
More
Report
Amy,
Bridget's answer illustrates why this painting was considering shocking. The controversy around this and other paintings are probably the reason your teacher considered it monumental because it represents a turning point in attitudes toward art. Viewers were so offended by the painting that it had to be protected from harm during the exhibition.  You've probably noticed that a lot of artwork gets attention today because it is "shocking" and a reference to or mockery of earlier works. Although shocking the viewer has (ironically) become much more commonplace in art today, it was not such a typical goal back then. This painting is part of that turning point in art history. If you are interested in history (with a dash of scandal) you might enjoy the book "The Judgement of Paris" by Ross King which illuminates the historic significance of paintings during the Paris Salon's during Manet's time.
Upvote • 0 Downvote
Add comment
More
Report

Popular paintings from the past are often like current pop culture.  The painting is shocking, unique, or different in some way that makes the public gasp, stare, or look away.  This painting did all of those things.  Try to make connections from the past to the present.  Who in pop culture could play the role of Olympia?

How was engraving believed to have originated? 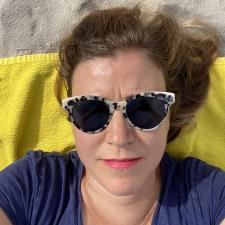