Publication: What to do about a high wordcount debut novel?

I'm a strong believer in books/novels being as long as they need to be; if it turns out short, don't try to pad it out, and if it's long... unless there's chaff to cut out, it's long for a reason.That being said, I'm writing a debut novel which ~3/4 of the way in is pushing about 170,000 words. No doubt part of this is that there's plenty of chaff to cut out, so for the sake of argument, let's say it can be reduced to 150,000 words on a good day.As much as it may be 'as long as it needs to be', it's also going to be difficult as all heck to market a debut novel that's longer than the Fellowship of the Ring in its completed form. Publishers only have so much tolerance for epics written by authors that have yet to prove themselves.Herein lies the problem: I'm considering splitting the book into a pair of books so as to increase the chances of being publishable, but this course of action has its own problems. After all, I structured a plot with a *single* arc, and a novel with only half an arc is either going to keep a reader on the edge of their seat and buy the next one immediately or, as is most likely due to my status as a debut author, make them dismiss the work as trash.What answer, if any, is there to this predicament?Edit: This book is a fantasy novel at its core, albeit one more focused on human elements. I point this out in case it affects answers.
Follow • 1
Add comment
More
Report

The answer really depends on what is one the page and how it is organized. Have you overdone exposition etc? Are there two separate yet parallel stories that can be separated? It sounds like you will push around a 1000 pages. This is not unusual for some authors, especially in epic fantasy. Before you get it in front of an editor, it will have to be pretty tight in terms of tension.

The revised finished manuscript for A Game of Thrones was 1088 pages long (without the appendices),[35] with the publication following in August 1996.[11] Wheel of Time author Robert Jordan had written a short endorsement for the cover that was influential in ensuring the book's and hence series' early success with fantasy readers.[36] Blood of the Dragon, a pre-release sample novella drawn from Daenerys's chapters, went on to win the 1997 Hugo Award for Best Novella.[37]

The 300 pages removed from the A Game of Thrones manuscript served as the opening of the second book, entitled A Clash of Kings.[31] It was released in February 1999 in the United States,[13] with a manuscript length (without appendices) of 1184 pages.[35] A Clash of Kings was the first book of the A Song of Ice and Fire series to make the best-seller lists,[26] reaching 13 on The New York Times Best Seller list in 1999.[38] After the success of The Lord of the Rings films, Martin received his first inquiries to the rights of the A Song of Ice and Fire series from various producers and filmmakers.

Mr. Martin had worked as a published author for years and still struggled with length. He had people to help him trim by the time he wrote the first Song of Ice and Fire. You likely need to make sure that you have a compelling sample to get in front of an agent. 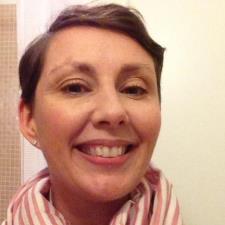 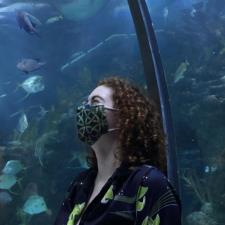