How does a shutdown end if an agreement is never reached?

The US government is shut down, due to disagreements between President and Congress on border security funding.Both sides are in an apparent stalemate. So my question is simply, what happens if neither side backs down? Does the shut-down just go on indefinitely? How does this end?
Follow • 2
Add comment
More
Report

There is no higher authority than the Executive Branch and the Legislative, and that is what would have to exist to force some sort of override solution. In theory, if there was a legal dispute, the third branch of government could kick in, but the scenario is highly unlikely. The issue would have to be submitted to the Supreme Court, and they would have to agree to review it. The resulting ruling could then possibly impact a stalemate, but that process takes months, and there also aren't any great constitutional challenges in play here, just normal annual budget arm-wrestling and competing views of how the world should be. The Founding Fathers foresaw situations like this, and that is why the system was designed to run on compromise. So yes, it can go on indefinitely. It's basically a game of chicken, and somebody has to make the first move to give in a bit. . 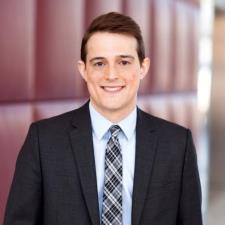