Why is Greece's debt considered a problem but not US debt, which is much larger?

Greece's and other southern European countries' debt has been considered a problem since the 2008 crash, and austerity measures have been forced to the people.However the United States also have a colossal debt, yet I have never heard of it being a problem or that the United States requires austerity measures.I have no idea how accurate they are, but the [US debt clock](http://www.usdebtclock.org/) displays a debt with 14 significant numbers in US$, while the [Greece debt clock](http://www.nationaldebtclocks.org/debtclock/greece) "only" displays a debt with 12 significant numbers (also in US$). Other sources state $32,000 per capita for Greece, $56,000 per capita for USA. I know that the population of Greece is much less than in the U.S., however I do not think it matters to people "lending" money to the governments - *In both cases it seems extremely unlikely that this money will ever be refunded.* Also Greece receives more tourists each year than it's own resident population (15 million tourists for 11 million residents) so it's hard to compare.
Follow • 1
Add comment
More
Report

The short answer is differences in politics and relative economic health.

On politics, the 2008 financial disaster hit Greece hard, a country with generous pension programs and an early average retirement age. Once Greece was loaned out relief aid, it faced the prospect of defaulting on a new massive and sudden debt, so the government turned to austerity to pay off its debts and prevent another economic crisis via default. Greek workers, used to a generous welfare state, rebelled against the status quo government posing radical changes to Greek politics which could lead to further economic instability. The quasi-fascist Golden Dawn party, for example, is an example of the political fallout from the Greek debt crisis. Austerity in the US, meanwhile, has been a part of American political culture since the Reagan administration. Since then, the burden of American social spending has gradually shifted from the state to individuals. Furthermore, the biggest sources of American debt are social security and China. Defaults on social security payments (in the immediate future) are unlikely, and likely wouldn't have much of a political impact since those affected (people over 60) are not prone to political activism, and people have already grown accustomed to growing their own savings and already hedging against social security. The US is equally unlikely to default on China, and the potential consequences are somewhat mitigated by a mutually beneficial trade relationship. Though that relationship is gradually deteriorating.

Though the US DOES have a nominally higher debt than Greece, the US is economically healthier than Greece. As it stands, the US has an S&P credit rating of AA+. Greece carries a B+. The US's debt-GDP ratio is over 100%, but with a rising GDP and economic growth consistently over 2% since the 2nd quarter of 2017. Greece meanwhile has a ratio of over 170% with unimpressive economic growth consistently falling short of 2% with occasional periods of contraction.

This is a pretty cursory explanation, and someone more familiar with macro-economics and political economy than me can go into more depth. I hope this helps/ served as a good starting point for your research! 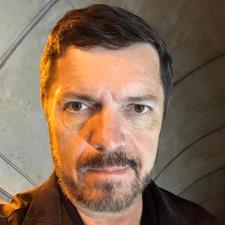