Why did the US drop nuclear bombs on a weakened Japan?

My daughter was recently studying this in high school, and somehow I had always assumed that it had only lasted a year. Apparently it ran on for at least a couple of years, but her textbook only touched on key points. It didn't actually identify the final date on which hostilities ceased. Does anyone know the date and terms that were agreed upon by both sides?
Follow • 1
Add comment
More
Report

The traditional accepted viewpoint among historians is that Truman dropped A bombs to save lives that might have been lost in an invasion of Japan.

There's a significant revisionist historian Gar Alperovitz who argues Truman's real motive was not saving lives (which was a little speculative at best), but to prevent Russia from invading Japan. Truman wanted to scare Russia with the bombs, as Stalin would then know we could do the same to Russia.

Missing is the date Russia broke its non-aggression pact with Japan and began advancing towards an invasion of Japan. August 8, 1945 Russia declared war on Japan and sent a million soldiers to Japan occupied Manchuria. Japan surrendered August 14, 1945, or August 15 Japan time zone. Official surrender was Sept. 2, 1945 where they formally did the ritual surrender. But Emperor Hirohito had already told his people he was surrendering due to the sadistic new weapon Truman had used. Real reason Hirohito surrendered? Possibly to avoid surrendering to Russia. America was considered far more humane under even Truman than Russia under Stalin.

A less known theory is Truman nuked Japan to prevent MacArthur from becoming a super war hero and likely presidential candidate who would have beaten Truman in the next election. MacArthur would have invaded Japan and won with minimal casualties. It's Winston churchill who gave Truman the millions of lives will be lost theory, if Truman doesn't nuke Japan. It was Churchill's fake excuse to avoid helping America in the Pacific.

If this is a public school, into PC and counterculture, stick with the traditional historians' views, it was all to save lives. (sort of like the guy in Vietnam who said we had to destroy the village to save it---implausible, but accepted in many places) It is true Japanese soldiers didn't surrender. They fought to the bitter end, so invading Japan would not be a cake walk, the civilians would fight with rocks or whatever they had, even after the their military were killed or captured. But Japan was starving, food was scarce. The war was over, in any meaningful sense, before Truman bombed two cities.

FDR had already given MacArthur the Medal of Honor. MacArthur had refused to retreat from the Philippines without a written order to do so. Then with an invasion of Japan looming, MacArthur would have been the super war hero who won WW2. Instead by nuking Japan, Truman could pretend he won the war, not MacArthur.

Eisenhower had warned Truman that MacArthur planned to run for president.

Another excuse Truman had was the physicists who gave us the atomic bomb also wanted to see it used. If it wasn't used, they had no proof it worked. It was the first time academics got major government funding, and they wanted more. They hit the Mother Lode in a gold mine. With the proof positive of the "success" of their research, they were recipients of endless more taxpayer funding of further research, no matter how useless (see the Big Bang TV show with Prof. Leonard admitting nothing new has happened in physics research)

But this is a public school? or a private school with little actual critical thinking? They're into accepting the traditional narrative, so stick with Truman saved lives and the "proof" is Aug. 9 he nuked the 2nd city and 5 days later Japan surrendered., And Japan was so unwilling to surrender, that millions of lives would have been lost if MacArthur had invaded Japan. 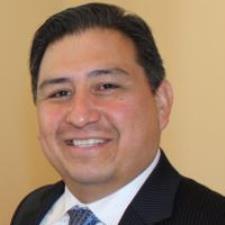