Sometimes, for stylistic or rhetorical effect, one wants to delay mentioning a word/concept until the end of a sentence. For example, it's often best to save the punchline for the very end: > I was happy to discover that my ex was sentenced to life in prison for [arson, murder, and **jaywalking**](http://tvtropes.org/pmwiki/pmwiki.php/Main/ArsonMurderAndJaywalking). If we directly translate into a Japanese-style word order— > ((My ex)-NOM (Arson, murder, and **jaywalking**)-for ((life in prison)-to sentenced) was) that I discover happy was. —the utterance hemorrhages much of "jaywalking"'s comic effect into the bog of unnecessary background and framing information. Whereas English word order naturally places the word where we want it, if we instead wanted to place it somewhere else, English makes available alternative or periphrastic phrasings, such as "x did y." → "**It was y** that x did." So likewise: **what techniques or periphrastic constructions are available in Japanese to move words or clauses?**
Follow • 1
Comments • 2
More
Report 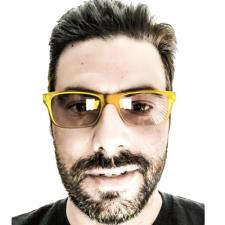 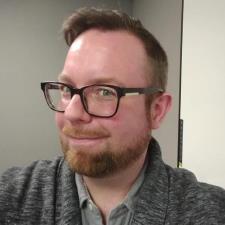 Good question. The quick answer is yes there are techniques for moving critical information to the end of a body of text. I'll show one technique as an example. By the way, punchlines and the like in Japanese are often called "ochi" オチ「 {ジョークなどの）オチ」, or "warai no tubo" 笑いのツボ, and even "panchirain" パンチライン. If you look up these terms on Google, you can find additional examples.

The example I'm going to show you comes from a form of Japanese comedy called "rakugo"落語” in which one person performs a dialogue and plays all of the roles. Please keep in mind that this skit was authored originally in the Kansai dialect.

それ ちいさいで That mouse is small!

ちゅう medium ("chuu" means both medium when written with the Kanji 中, and it also is the onomatopoeia for the sound that a mouse makes. Hence, it also can mean "squeak squeak")

In this way, in Japanese you can save the "ochi" for the very end by keeping in mind that when using a AがBです sentence structure, the copula だ・です (is, are, am, etc.) is often implied and can be left out. Using an implied copula is just one among many different ways of constructing a joke in Japanese, but I hope this helps illustrate just one way you can in Japanese, like English, move the critical piece of information to the end. 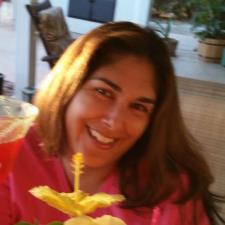