I am currently working on a scholarly piece that has a history element. I am attempting to change as many sentences with a passive voice to active voice as I can. I have included a few examples of sentences I am struggling with: >Pythagoras is said to have encouraged his followers to ‘‘... >The Neopythagoreans claimed Pythagoras’ ideas, none of which were documented, were later plagiarized by Plato, Aristotle and other Late Greek philosophers (... I feel like I could figure out how to reword but as for sentences like the first, I do not know exactly who says and it feels wrong to just say "experts" or "writers." I also really enjoy the way the second sentence is written but it is written entirely with a passive voice. Does anyone have any input on how to change these sentences and similar sentences?
Follow • 2
Add comment
More
Report

Simply make the philosophers the subjects: The Neopythagoreans claimed that Plato, Aristotle, and other Late Greek philosophers plagiarized Pythagoras' ideas.

I agree with the other answer's correction of the first sentence. As for the second, I would say something to the effect of: "Neopythagoreans claimed that Plato, Aristotle, and other Late Greek philosophers plagiarized Pythagoras' ideas, of which there is no primary documentation."

If you want to convey the idea that this is not concrete fact you might say “Supposedly, Pythagoras encouraged his followers...” 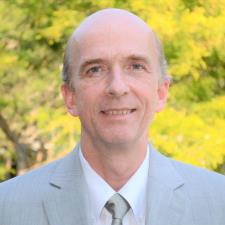