Find the area of the parallelogram determined by these four points

By:
Dalia,
Seems like a difficult problem right off, doesn't it?
Not if you break it into several pieces (true of all problems, remember that for the future!)
If this were 2D, I'd say, first graph the parallelogram. Hard for the 3D case, isn't it!
Now, you should already know that there are a couple of ways of finding the area of a parallelogram. One formula is (base) x (perpendicular height); another formula is (length diagonal1 x length diagonal2 x sin of angle between the diagonals). Since you're dealing in three dimensions here, you'd probably prefer using the first formula -- I certainly would!
So, inspect the four points you've been given in detail, looking for numerical relationships among them. You should see that A->B and C->D translations are exactly identical displacements, namely by a (-4,-1,3) vector. That should clue you in that those segments (AB and CD) define opposite sides of the parallelogram: they "move" exactly the same distance in space, in exactly the same direction (in the same direction == parallel!).
OK, that vector (-4,-1,3) defines a segment that's how long? (Hint: Pythagorean theorem in 3D!). That's your "base" length (AB).
Now, you need to figure out what's the perpendicular direction to one of the base segments IN THE PLANE OF THE PARALLELOGRAM, and how far apart are the lines containing the base segments, measured along such a perpendicular line. You could plug into a formula, but I'm going to walk you through making your own solution. What are the subtasks here?
1) What vector direction is perpendicular to the (-4,-1,3) vector, in the parallelogram plane?
To find the parallelogram plane, you might solve the general plane formula for any three of the given points (three coplanar, but non-linear, points determine a plane).
The general plane formula is
ax+by+cz=d.
Plug the coordinates of each of points A, B, and C in, and solve the resultant set of 3 equations in 3 variables, to get values for a, b, c (and then substitute one point in to find d). You now have the plane equation.
Next, find the equation of the line containing the segment AB (hint: it's like a point-slope form for a line in 2D, but you have to use your vector above to apportion "slope" among x, y, and z changes).
Next, find the perpendicular from a point, say C, to this line, within the plane. Find the point of intersection (call it E) of that perpendicular with line AB. Find the length of CE.
Multiply AB x CE. Done!
With more mathematical sophistication, you might be able to visualize some more elegant connections to the geometry here, and solve more economically. For example, the normal to the plane (found from the equation for the plane), and the vector for line AB, define a mutual perpendicular which must intersect line CD; its length between AB and CD lines is the parallelogram perpendicular height.
Hope this provides just enough help that you can work the details out yourself!
Upvote • 0 Downvote
Add comment
More
Report 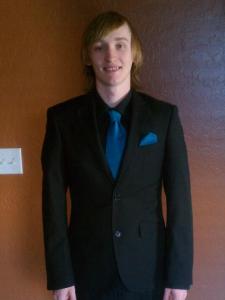 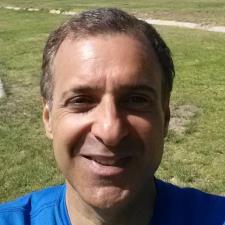