ADJACENT ANGLES ARE TWO COPLANAR ANGLES WIH A COMMON SIDE A COMMON VETEZ, AND NO COMMON INTERRIOR POINTS.

VERTICLE ANGLES ARE TWO ANGLES WHOS SIDES ARE OPPOSITE RAYS

CAN YOU GIVE ME AN EXAPLE OF EACH.

Just draw any two straight lines that intersect each other. You can use a ruler for that.

There are four angles formed. Any two of the angles are either next to each-other (adjacent), or across from each-other (vertical).

I added a link to clarify "adjacent" angles, as well as other angle relationships. Hope that helps. (It has pictures and definitions.)

Adjacent angles are like two angles in a triangle. notice that each angle in a triangle shares a side of the triangle and also is next to both of the other triangle's angles. Adjacent means next to.

I will take a shot at helping you. ;)

If you were to bisect the 90 degree angle evenly, you would have two angles equal to 45 degrees. ;)

The easiest way to envision vertical angles would be to think of a pair of scissors.  When you open up the scissors you form two sets of vertical angles.

The two finger holes form an angle that is equal to the angle of the two blades. These two angles are vertical angles.

Another way to describe this would be the letter "X".

VERTICAL ANGLES WILL ALWAYS HAVE THE SAME NUMBER OF DEGREES

I hope this helps you :)

Adjacent angles are attached and share one side. Draw an example of a 90 degree angle and then draw another line from the vertex out dividing the 90 into two 45 degree angles. The two angles formed are adjacent because the share a common line in the center.

1 and 2 would be adjacent because they share one of the lines as a common side.

Pictures are the easiest way to visualize adjacent and verticle angles.  Below are two links which illistrate the concepts. 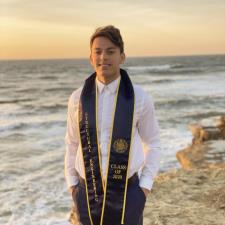 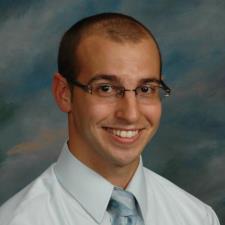