What were the legal rights of slaves who worked on the plantations?

What were the legal rights of slaves who worked on the plantations? Give examples of some of the rights, freedoms and punishment that individual slaves experienced.
Follow • 2
Add comment
More
Report

By:
It really depends on where the plantations were and what time period you're talking about.  In the 17th century, there were more legal structures around slave labour as it existed side-by-side with indentured labour, limiting its conditions, at least vaguely.  In Virginia in the 1660s, a slave woman's child was determined to be free or not based on the status of the father, a holdover from English Common Law that always linked the child's status and identity with its father.  This meant that slavery was not intrinsically hereditary, and a slave woman ostensibly had some rights to assert the freedom of a child.  However, as the racially-based slavery system expanded, chattel slavery for life became nearly synonymous with African-descended people in North America and was entirely race based, leading to the dissolution of the scanty legal protections for any African-descended people in the American colonies.  By the 1680s, that same Virginia law had changed to slave status being conferred by the mother, making breeding slaves a financially viable (and indeed, desirable) part of slave-holding.  As chattel slavery expanded, the few legal rights of slaves vanished until after the Civil War.  While you have blips of legal status for free blacks, such as Louisiana's Code Noir, most of the laws dealt with enforcing legal deference of African-Americans to whites and the absolute rights of whites to own, discipline, sell, lease, and kill slaves as they saw fit.  There were very, very few legal rights of slaves in any capacity.  The Dred Scott decision is a prime example of this -- he did not have the right to sue for his own freedom in a state where his condition of bondage was illegal.  The rights of white men to do with their property as they saw fit were paramount and sacrosanct in the American legal system, a situation that expanded to wives and children as well, and a fact women abolitionists rarely overlooked.
A good overview of some of the legal codes regarding slaves in the US can be found here: http://www.bowdoin.edu/~prael/projects/gsonnen/page3.html.
For more information about the emergence of race as the dominant feature in American slavery, and the change is laws surrounding it, see this excerpt from Peter H. Wood's Strange New Land: Africans in Colonial America: http://www.slate.com/articles/life/the_history_of_american_slavery/2015/05/why_america_adopted_race_based_slavery.html
Upvote • 0 Downvote
Add comment
More
Report 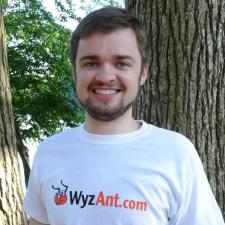