There, their, they're--which one do I use?

There are three different spellings of this word. How do I remember which ones to use when?

Here's an easy trick to help you remember:

They're has an apostrophe in it, so you know it's a combination of two words: "they are." You use this spelling anytime you could say "they are" instead. So "They're going to the store, because they're smart."

There has the word "here" in it, because this is a location word. Use this spelling when referring to a location. For example: "We want to go there. There is a lot of ice cream there."

Their has the word "heir" in it, as in "heir to the throne." An heir is someone who inherits a possession, so this is a possessive word. Use this when you are referring to someone's possession, as in: "Dogs love their toys."

Knowing when to use THERE,THEY’RE, AND THEIR may seem confusing, but luckily the rules for the difference between these homophones (words that sound the same when spoken, but are spelt differently, have very different meanings, and are used in very different ways), are very simple.

THERE is used to focus attention to a direction, place or position.

THEY’RE is used to refer to two or more people or things that have been previously mentioned, or are easily identifiable. THEY’RE is a contraction of they are.

THEIR is used to show that something belongs to someone. It shows ownership and posession.

There are even simpler ways to recall each. There means someplace. "I like going there." You can also start a sentence with it: "There is going to be ice cream at the park today. "They're" is a conjunction of two words. It means THEY ARE! They just left out the A...laziness, lol. Then, there is the word, "their". You can use that when someone owns something...like "The wives tried to take 'their' husbands to the park." They own their husbands. ;) "The ladies took off 'their' wedding rings when 'their' husbands refused to go." They own the wedding rings too. hehe

See, that wasn't so difficult, was it?

They're = two words as in they are

Their = hubbies and rings, as in they own something or someone...they belong to them.

There was going to be a huge gathering, but when their husbands found out who was going to be there, they decided they're (they were) not going. After all, their marriages were on the line. There was a huge fight later in the day, and that's what caused the police to show up. Of course, the PD wanted to know what started it all. "They're bringing our mother-in-laws to a picnic," the husbands cried out. "Did you really think we were going to put up with that?" The wives laughed after hearing the husbands yelling that. One wife said, "No, we aren't, you silly geese. We were STOPPING on the way there to drop off a cake at my mother's house. We never invited them to the picnic." Everyone had a good laugh. The police left there and told the rest of the guys at the station what happened. They all laughed at their silliness. :)

These are often mistaken due to their similarity. Despite the words sounding similar, they serve different purposes in a sentence.

Their is often descriptive: Their skills are exceptional.

There is often information based. (There are many types of pencils.)

They're is an abbreviation of they + are, and is often pertained to the present. (They're going to classes.)

Watch the Big Bang TV show where Prof. Sheldon Cooper, to comfort someone, pats their head and says "There There" as the laugh track laughs away. Not even sure what that's supposed to mean. For Sheldon "there there" was a space filler, something to say when you don't know what to say. Same as when the Brits say "here here" or are they saying "hear hear"?

Or where have you been? Answer: Here and there. There is a place. In spanish it's aqui and alli,

Or we're asked "where is it?" and we say "over there" as you point across the room.

Or you greet someone, "Hi there" the "there" part seems to be meaningless, although maybe it means you are saying hi to someone who is almost here but still over there a little bit. In Spanish though, "Hi there" is just hola, not hola alli.

there is a place, not here, not too close, but "over there" some place not so close, either just a specific place not mentioned directly or a non-specific unknown place.

their is a violation of the rule "i before e, except after c" Apparently someone didn't follow the spelling rules when they came up with "their." It's part of the PC pronouns now to replace her or his, as they want gender neutral language, like the Finnish and the Philippine language Tagalog. Yet "their" does have "her" in it. just with an extra t and i mixed in. You don't know if they're a boy or girl so you say "their" property not his or hers. They're named with a unisex name, like Terry. So you are stuck on how to talk about them, so you refer to them in the plural since we don't have gender specific pronouns for the plural, just the singular.

they're is not allowed in formal writing. they don't like contractions. It's like slurring your words as if you were drunk or high on drugs. But we do it when sober. The peasants never followed the King's English. In Spanish the peasant were more obedient and followed the King's Spanish even to the point of mispronouncing a letter if the King had a lisp and pronounced d as th.

they're is two words in one. A real two-fer, Like Bill Clinton said when he was running for president. You get him and Hillary, a "two-fer" Buy one get one free. A real deal. They are becomes they're, sounding just like their and there, but never the twain shall meet otherwise. A rose by any other name is still a rose, but the sound of "thay-rrr" is very different depending on how you spell it. Even the one word versions, their and there, usually have two syllables: a "thay" sound and an "er" sound, "air" tends to be one syllable, but stick a "th" in front and thair just needs a 2nd syllable. Sort of like rhythm which has only one vowel, so you'd expect one syllable, but you get two. 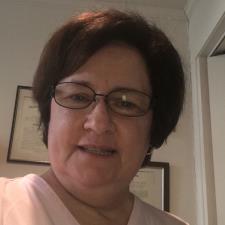 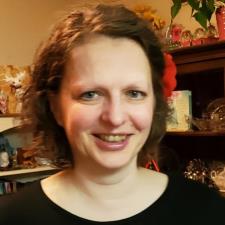