1. Fictional characters behave according to the same psychological probabilitiesas real people. But the characters of ?ction are found in exotic dilemmas that real people hardly encounter. Consequently, ?ction provides us with the opportunity to ponder how people react in uncommon situations, and to deduce moral lessons, psychological principles, and philosophical insights from their behavior.

2. I believe that it must be the policy ofthe United States to support free peoples who are resisting attempted subjugation by armed minorities or by outside pressures. I believe that we must assist free peoples to work out their own destinies in their own way. I believe that our help should be primarily through economic and ?nancial aid, which is essential to economic stability and orderly political processes. (President Truman, Address to Congress, 1947)

3. The pace of reading, clearly, depends entirely upon the reader. He may read as slowly or as rapidly as he can or wishes to read. If he does not understand something, he may stop and reread it, or go in search of elucidation before continuing. The reader can accelerate his pace when the material is easy or less than interesting, and can slow down when it is dif?cult or enthralling. If what he reads is moving he can put down the book for a few moments and cope with his emotions without fear of losing anything. (Marie Winn, The Plug-In Drug)
4. Mortality rates for women undergoing early abortions, where the procedure is legal, appear to be as low as or lower than the rates for normal childbirth. Consequently, any interest of the state in protecting the woman from an inherently hazardous procedure, except when it would be equally dangerous for her to forgo it, has largely disappeared. (Justice Blackmun, Roe v. Wade)

5. Lions at Kruger National Park in South Africa are dying of tuberculosis. “All of the lions in the park may be dead within ten years because the disease is incurable, and the lions have no natural resistance,” said the deputy director of the Department of Agriculture.
Follow • 2
Add comment
More
Report

By:
Your question is to identify which of the five statements is an "argument."
The answer to your question depends on precisely what you mean by "argument." Sometimes, when we see people expressing different opinions -- often enthusiastically or angrily -- we call it an argument. But "argument" means something more precise in logic, critical thinking and philosophy.
To address this, let's make some distinctions. Let's say that when someone makes a statement or claim, he is expressing a belief -- he is making an assertion. All assertions imply a kind of reasoning or justification, but only some expressly declare their reasoning. If someone makes an assertion, we could say, "well, that's just your opinion!"
For example, if I say, "the Nile is the largest river in the world," I have made an assertion. That assertion implies some underlying reasoning, but you'd really have to guess at what that is.
But suppose I say, "The Nile is the largest river in the world. It has the greatest length and water volume of all known rivers." In this case, I've expressed the reasoning -- the premises -- behind the assertion. This is an argument, an assertion that clearly expresses the reasoning upon which it is built (or "predicated"). In philosophy, this is sometimes also known as a demonstration.
Strictly speaking, a formal argument consists of (at least) two premises, as well as the logic or reasoning that links them together, leading to some conclusion. The most basic and classic of these has two premises and a conclusion and is called a syllogism.
Now that you know the difference between an argument and a simple assertion you should be able to go back, review each of the sample paragraphs, and determine which is which.
Upvote • 1 Downvote
Add comment
More
Report 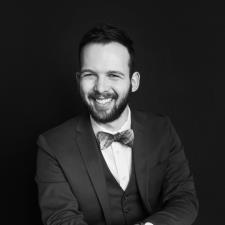 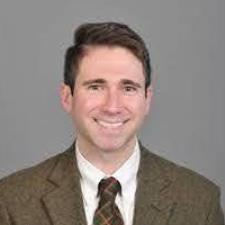