What is the physiological difference between cortisone and cortisol?

There is only hydrogen bond different. Cortisol is synthesized by our body, while cortisone is given to the patient. Why you cannot give cortisol directly to the patient?I think the reason is metabolism that cortisol will break (probably in liver) and not be useful. Or expansive to produce. Cortisone however can be given.What is the physiological difference between cortisone and cortisol?
Follow • 1
Add comment
More
Report

I think this partial Wikipedia entry also succinctly summarizes the relationship/differences between Cortisol and Cortisone:

Cortisone is one of several end-products of a process called steroidogenesis. This process starts with the synthesis of cholesterol, which then proceeds through a series of modifications in the adrenal gland (suprarenal) to become any one of many steroid hormones. One end-product of this pathway is cortisol. For cortisol to be released from the adrenal gland, a cascade of signaling occurs. Corticotropin-releasing hormone released from the hypothalamus stimulates corticotrophs in the anterior pituitary to release ACTH, which relays the signal to the adrenal cortex. Here, the zona fasciculata and zona reticularis, in response to ACTH, secrete glucocorticoids, in particular cortisol. In the peripheral tissues, cortisol is converted to cortisone by the enzyme 11-beta-steroid dehydrogenase.

Cortisone has marginally reduced glucocorticoid activity compared to cortisol (80-90%), and thus, cortisone can be considered an active metabolite of cortisol. However, 11-beta-steroid dehydrogenase can catalyze the reverse reaction as well, and, thus, cortisone is also a precursor molecule of cortisol. Cortisone is activated through hydrogenation of the 11-keto-group, and cortisol is, thus, sometimes referred to as hydrocortisone.

Please let me know if you have any other questions. I hope this helped. 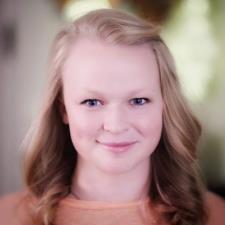