Why do we need proofs in Geometry?

I am doing geometry and we are studying proofs. Why do we need proofs in geometry? What purpose do they serve in geometry?

Similar situations can occur in all other branches in mathematics including geometry. Some disproven conjectures are known where the smallest counter example is larger than a googol or even googolplex. As a result, strong evidence in favor of a conjecture's truth is nowhere near enough to conclude that it is true.

Upvote • 1 Downvote
Add comment
More
Report
James...GREAT question...the BEST answer is BECAUSE!!! Well...that is just a small protion to the answer. Long ago when Pythagorus and other mathematicians were thinking about how math influences our world...there were not such things as degrees, inches, sin, cos, tan, or other units. Lucklily, someone ask how do we know this is a right triangle, why does this line/segment equal another, what makes these angles equal one another or if I do this, and get two angles, how do I know they are equal. Good thing they did it then, otherwise it would be up to us to figure that out...but who's got time for that...I want to play on my PS3. Anyway...mathematicians, by trial and error, began to form rules to prove that what they said was valid...not just true, but that by following the rule, one math guy could show(prove) to another math guy that for every rule, it could be reproduced, thus become valid. this was because every one, well, almost everyone wants PROOF that this statement is true..er..valid. Obviously, through the ages, rules came and went, but the ones which stood the challenges and doubt of others, were valid and could be used by others to show that this or that rule CAN be used to show why this statement is true...or valid. Notice I use 'true' and 'valid'...there is a fine line of difference between the two. Proofs aren't just to show this statement is true or valid...but it confirms your understanding that a statement or 'if then' statement is either an axiom, rule, proof, theorem, hypothesis, given, or a math statement which is a shot in the dark. Proofs aren't the government's way of tripping you up or a way of wasting paper...they confirm how and why geometry explains our world.
Upvote • 0 Downvote
Add comment
More
Report 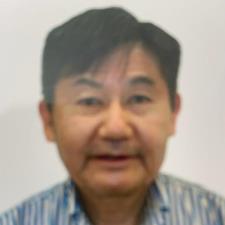 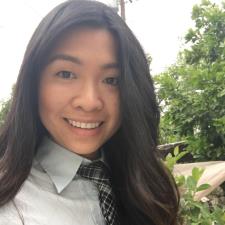