Which of the following sentences is written in passive voice?

By:
Sentence A. is the only one of your choices that contains a passive-voice verb form, and it actually has two, one in the main clause The sets will have to be designed and in the subordinate clause of time before they can be made. But by definition since the main clause is the "core" of the sentence (because it can stand alone) and this main clause has a passive-voice verb, the sentence as a whole can be said to "be written in passive voice" (so this would be true even if the subordinate/dependent clause were in the active voice, e.g., The sets will have to be designed before the crew can make them).
Shameless plug: in my lecture at https://www.youtube.com/watch?v=gcsnDJSnQPw I outline the structure of the passive voice construction in English, but essentially, as I signal in the previous paragraph by highlighting the phrases  be designed and be made, it is where you have a form of the verb be followed by the past participle form of another verb, be it a regular verb like design whose past participle is the regular designed or a verb like make whose past participle is irregularly formed as made. In your three other choices, all the verbs are in their basic or "active" uses, i.e., principally designed* in B., C. and D., made in B. and C. and make in D., and as another indication that these are in the active rather than the passive voice, note that each occurrence of these verbs is with a subject and a direct object (by definition a passive voice construction cannot include a direct object), namely
B. Kara designed the sets (Kara - subject,  the sets - direct object)
the crew made them  (the crew - subject, them - direct object)
C. A teacher designed the sets (a teacher - subject, the sets - direct object)
the students made them (the students - subject, them - direct object)
D. people could make the sets (people - subject, the sets - direct object)
someone designed them (someone - subject, them - direct object)
*A complication, but this designed is technically not the past participle of design but rather its (simple) past tense form, which as with all regular and many irregular English verbs is however identical to the past participle form.
Upvote • 0 Downvote
Add comment
More
Report

What is the best way to change this sentence from passive voice to active voice? The multitalented guitarist, Francisco, was chosen by the band to be their lead

Where is the thesis statement in Martin Luther King's "I have a dream" speech?

pls help with qustion as quick as possible

Where is Martin Luther KIng's thesis in I have a dream?

SHOULD THE COMMA AFTER AVAILABLE BE REPLACED BY A SEMI-COLON? 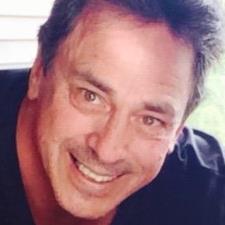 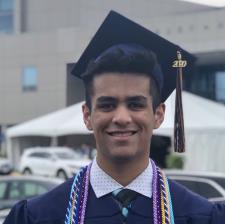