1) Sulfur burns in excess air to form sulfur dioxide according to the equation: S(s)+O2(g)-> SO2(g)

What volume of sulfur dioxide is produced (at room temperature and pressure) from 24g of sulfur.

2) Hydrogen peroxide, H2O2, decomposes according to the equation:

calculate the volume of oxygen, measured at room conditions, that can be obtained from the decomposition of 17g of hydrogen peroxide

Warning - I got most of the way through, but have to leave and did not complete the last problem. This should help, however.

1) Sulfur burns in excess air to form sulfur dioxide according to the equation: S(s)+O2(g)-> SO2(g)

What volume of sulfur dioxide is produced (at room temperature and pressure) from 24g of sulfur.

To convert this into a volume (liters), we need to know the temperature and pressure. At STP (Standard Temperature and Pressure) is conversion is easy. Every gas occupies 22.4/mole of that gas at STP. But we are not told the exact temperature, other than “room” temperature. Being lazy, I’ll conveniently assume they are doing this experiment outdoors on the arctic tundra of Alaska, near the Bering Sea, during a warm day of 0 degrees C. That is standard temperature, and a pressure of 1 atm is not uncommon near the ocean at sea level. So, in the absence of actual numbers, we will assume we’re at STP. Therefore,

2) Hydrogen peroxide, H2O2, decomposes according to the equation:

calculate the volume of oxygen, measured at room conditions, that can be obtained from the decomposition of 17g of hydrogen peroxide

The equation is balanced. Start by calculating the moles of hydrogen peroxide.

As before, we are not given values for the gas conditions, so we’ll assume STP again. Make up your own scenario this time. In a lab hood, maybe?

Wow. Who wants to fuss around with dm^3 at this time of the morning? Oh well, let’s have at it. Let’s convert it into a unit we love and feel comfortable with - liters.

Before I multiply this out, cross off the units: The first term eliminates the dm^3 and replaces it with meter^3. The second replaces meter^3 with cm^3. AHA! I do not know what this means, but the units cancel, and so I am happy.

Why didn’t they say so to begin with??

We have to assume STP, although I’m getting nervous by now.  12 liters of SO2 at STP gives us the following number of moles:

Sorry, I’ve got to leave and cannot finish the problem, You should be able to complete the last questions following the processes we’ve gone through already. I’ll try to get back to it later today.

It's always a good idea to begin with a correctly balanced equation:

Under these conditions, 1 mole of an ideal gas occupies 24.4651 liters

To find the volume of SO2 produced from 0.75 moles of S, we use the stoichiometry of the balanced equation and dimensional analysis as follows:

(this assumes room temperature and pressure) 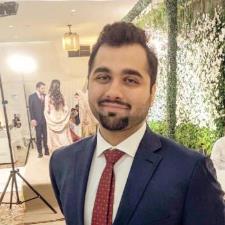