What are the merits and pitfalls of the Gaia Hypothesis? Does this hypothesis have merit? Does Earth and its spheres change over time?

There has been much criticism of Lovelock and Marguile’s theory. Lovelock defended his Gaia hypothesis. He stated that there isn’t just one mechanism responsible for keeping Earth in equilibrium but many and that they all can’t be accounted for. Lovelock also felt that some of the criticisms that he received were political attacks. Further, he says that some of the criticism is due to a “lack of understand of nonlinear mathematics and biology”. Lovelock believes that there are many experiments that could be done but notes that the ‘specialization, divisiveness, and competition for dollars has become part of science and part of the drawbacks to exploring new ideas’. Lovelock also understands that his theory lacks “general cause and effect” explanations that other hypotheses and theories have. He also noted that some portions of the theory may not be able to be explained through mathematics (Environment and Ecology, n.d.).

For a theory to be proven, it has to be supported with experiments and data and these experiments have to be able to be replicated. Lovelock had to redefine portions of his theory to take this into consideration. He also incorporated the theory of Autopoiesis because initially, the Gaia hypothesis supposed that Earth is a living organism. The problem with this is that one of the definitions of living organisms is that they have to be able to reproduce. Earth cannot. (Merriam-Webster, n.d.). Because of this Lovelock teamed up with Humberto Maturana, the author of Autopoiesis which is a systems theory that states that “living systems are self-producing mechanisms which maintain their particular form despite material inflow and outflow through self-regulation and self-reference” (Web Finance, Inc., n.d.). The Gaia Theory seems to fit with the Autopoiesis Theory better because the Gaia hypothesis focuses on systems. Using Autopoiesis, Earth doesn’t need to reproduce to be a life form and the system focus is more appropriate.

Some of the merits of James Lovelock’s Gaia hypothesis include his discussion of what essentially are spheres. The spheres that he names are: atmosphere, biosphere, oceans, and soil (Environment and Ecology, n.d.). Lovelock states that “earth has a cybernetic, homeostatic feedback system” (Environment and Ecology, n.d.). For example, in the 1930’s in the Southern Plains region of the United States, a drought began. And, because too much vegetation was removed, and the land was overworked due to large-scale farming, the horrific environmental period called the Dust Bowl occurred. During the Dust Bowl period, huge dust storms that began in the Southern Plains in states like Oklahoma and spread to as far away as New York and Washington, D.C.. These dust storms occurred several times until the land recovered (homeostasis/equilibrium). The Dust Bowl period could be considered a form of feedback or Earth telling human beings, in a way, that the land had been abused and as a result, dust storms which caused pneumonia, difficulty breathing and unnatural darkening of the sky began to occur. Houses could not be sealed tightly enough to keep the dust out and people went hungry because the soil would no longer support crops in some places (History.com, 2009).

While there is still a lot of debate over the Gaia Theory, one of the things that some have found helpful is the breakdown of the Theory into four prongs: 1) Some believe that organisms do indeed alter Earth’s composition to benefit them. This organization allows for what’s called meta-equilibrium that benefits life. 2) The weak versions of the Gaia hypothesis both imply that organisms (biotic) influence their environments (abiotic) and that environments influence organisms. With this view, the need for homeostasis is eliminated. One of the examples given in the article is how plants changed the atmosphere through photosynthesis which increased oxygen content. With this view, this change benefited all life. 3) There is also the belief by some that all life forms make up the being Gaia and Gaia intervenes in Earth’s processes. Earth does not match traditional definitions of life because Earth has not reproduced itself but if you look at Earth and the living creatures as one being then because humans have gone into space to other planets, this could still be considered a form of reproduction. 4) The Strong Gaia hypothesis states that living organisms act in such a way to alter their environments – all four spheres – to benefit themselves. Even the atmosphere is altered to benefit organisms according to this view (Environment and Ecology, n.d.).

Co-author Lynn Margulis has also made clarifications about what Gaia is or means. She states that Gaia is “not an organism” but an “emergent property of interaction among organisms”. Marguiles further states that “the surface of the planet behaves as a physiological system in certain limited ways” and Earth’s surface is “best regarded as alive” (Environment and Ecology, n.d.).

Even with all of the criticism and pitfalls, the Gaia hypothesis has merit because it helps us to think and examine the earth in a more whole-system-kind-of way instead of by separate spheres. Earth’s spheres – hydrosphere, biosphere, geosphere and the atmosphere – influence each other and when there is an imbalance in one sphere, it affects the other spheres (Lutgens & Tarbuck, 2017). For example, carbon dioxide levels affect the acidity of the oceans and hence, everything that lives in the oceans. We also know that many organisms modify their environments to suit themselves and to enhance their survival. Human beings build structures for shelter along with roads and bridges to make travel easier and safer. Dogs dig into the soil and bury bones to gnaw on at a later time – perhaps for enjoyment but also to take in minerals and nutrients. Cats bury their waste to make it harder for predators to find them. There are many, many examples of organisms modifying their environments for survival and even for fun. Environments can be impacted negatively if living organisms, like human beings, abuse those environments even with the goal of survival. The feedback to environmental impacts, regardless of whether these impacts are connected to survival or not, may come in the form of dust storms, sinkholes, pollution and others. The Gaia hypothesis definitely has merit because it causes us to examine earth as a system and not in bits and pieces with no interconnections between them and organisms impact their environments and environments impact organisms. 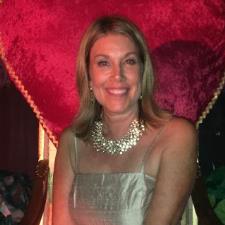 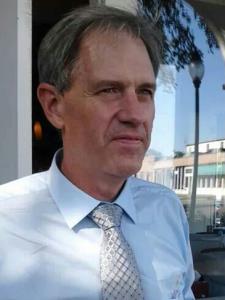 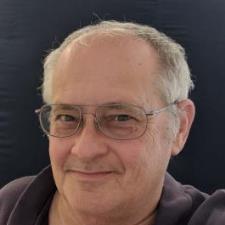