Following World War II, the most influential center of design shifted from Europe to America. Please write an essay that summarizes American design during this period.

Following World War II, the most influential center of design shifted from Europe to America. Please write an essay that summarizes American design during this period. Use the following prompts to help organize your response. What are the primary factors that led to this shift? Who were some of the major designers during this era, what were their aims, and what was so influential about their work(s)? How do you think this generation of designers impacted the field of design for subsequent generations of artists/designers?

I am going to keep this short for the topic, as I do not know how much space or characters I am allowed. This topic could be debated and added to. it's a very interesting topic and is relevant to much of the "Modern Art" movement.

Following World War 2, the center of Design shifted from Europe to the United States. It can be argued that three factors made this possible; economics, infrastructure, and expertise.

When World War 2 ended, much of Europe was in ruin. Many, if not all, of the major cites had suffered destruction on a large scale. Most roads, bridges, and railways had been destroyed. Centers of learning had either been destroyed or corrupted by the influence of the Nazi's. There was no longer a way to effectively teach advanced academic disciplines, such as Design, because there were simply no facilities available to do so. Due to it's isolation, United States had not suffered little if any damage, other than Pearl Harbor, which occurred early in the conflict.

Economically, much of Europe was devastated; not just by the physical effects of war, but also by the plundering of the Nazi's. The Marshall Plan provided the funding for nearly all of the re-building efforts. Most of this capital was directed towards the re-building of power systems, water and sanitation, road systems, and housing. While structures of historical importance, commerce and education were certainly not forgotten, the basic requirements of infrastructure were the priority. The United States possessed the capital to fund whatever it needed as its banking systems had remained untouched, and so the United States began a long period of economic growth. Nothing seemed out of reach for the American economy.

During the beginning of the Nazi occupation across Europe, many of the individuals who had been at the core of the European schools of design and art had fled to Britain or the United States. Most notably among those was the Bauhaus founded by Walter Gropius. The expertise and students of these institutions took their philosophies and experience with them. Their influence did not take long to affect the design and art developing in the United States. Josef and Annie Albers were among the most influential of these individuals with their work at Black Mountain College in North Carolina. Several generations of American designers artists studied under this umbrella of new expertise.

These three conditions had given the United States the opportunity to assume the role as the world's new center of Design. The United States had the economic power, the infrastructure of organized education still in place, and expert individuals to take the mantle of Design from Europe and become it's new center. 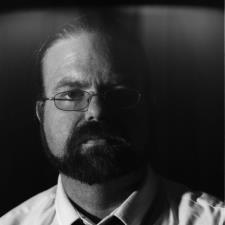 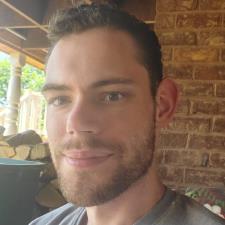 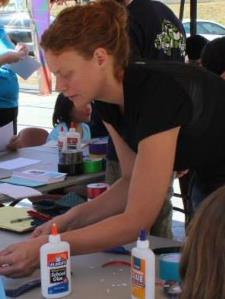