What are the punctuation rules for two pieces of direct speech in a single sentence?

Please help me with the punctuation rules for sentences with two pieces of direct speech within quotes, with the following as example. > “It’s fun to get out on a Sunday and race,” said Stanley. “Our team > always wins a prize .” Stanley has been racing bikes since college. I have the following confusions: 1. Should there be a full-stop after first occurrence of "Stanley" or a comma or en-dash/em-dash? 2. Is it okay to capitalize "Our" in "Our team", given that the second direct speech is a complete sentence in itself, rather than a continuation of the first direct speech? 3. As per US English rules, is a comma more appropriate after "and race" or a full-stop? 4. Since a new sentence starts after "prize", should the full-stop after that come after the closing quote or before it? 5. If a comma is used after "and race" at the end of the first direct speech, shouldn't it be used after the second direct speech as well for consistency? (I know it sounds odd, but I am looking for the rigorous rule governing this) I tried searching online for rules regarding two pieces of direct speech, but found nothing. It would be helpful if you can also share some links where I can learn more about all these on my own, especially in cases where en-dash, em-dash and colons are used in sentences involving direct speech.
Follow • 3
Add comment
More
Report

Your writing is correct as is: "It's fun to get out on a Sunday and race," said Stanley. "Our team always wins a prize."

I hope that answers your question.

"It's fun to get out on a Sunday and race," said Stanley. "Our team always wins a prize."

has the correct punctuation.

I'm confused about the part after the quote from Stanley:

Stanley has been racing bikes since college.

Do you want that to complement the quote?

Help with punctuating with the colon:

I'll take these questions one at a time. As a reminder, signal phrases are used to introduce quotes, and can be moved around in the sentence.

For general rules regarding punctuation, you should consult a writing manual such as Strunk & White's "Elements of Style":

There aren't any special rules regarding the use of en or em-dashes or colons and direct speech. In general, if SP = signal phrase and QU = quoted text, it should be punctuated like this:

Or you can put the signal phrase between a quote, like this:

In this last example, the entire quote must be a single complete sentence; in your example above, the quoted material comprises more than one sentence, obviously.

It's possible the reason you have difficulty finding rules on this is that written dialogue tends to be covered more in the realm of creative writing than standard grammar rules, I noticed some helpful rules here: https://owl.purdue.edu/owl/general_writing/punctuation/quotation_marks/index.html 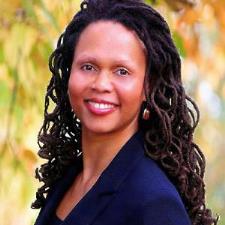