Does it make sense to normalize change in real GDP by the contemporaneous change in population? I'm interested in this calculation for the following reason. Suppose real GDP increases. I'd like to know what was the population increase that corresponded to this increase. I could then compare two distinct geographic regions, specifically two states in USA during a given time period. If one state increased real GDP by A dollars per person (as calculated above) while another increased it by B dollars per person, then I could declare that the first state was, in a sense, more productive or more efficient.If g was the growth rate in real GDP and r was the population growth rate, I could alternatively calculate (1+g)/(1+r) and compare states according to this measure. A comparison based on this ratio is essentially the same as a comparison based on g-r: Just perform the algebraic division and subtract a 1 to get g-r. However, I feel that g-r doesn't have the same intuitive appeal as the method described in the previous paragraph. A numerical calculation on actual data shows that the two measures have a low correlation (of 0.2) ....The method in the first paragraph produces numbers that are on the same footing as GDP per capita and moreover, these calculations can be compared to GDP per capita for an intuitive understanding. For example, during 2010-2014, the change in real GDP divided by the change in population was 108,000 dollars in USA whereas 2014 GDP per capita was 49,000 dollars. For Pennsyvlania, the calculation resulted in 320,000 dollars versus GDP per capita of 47,000 dollars. For California it produced 114,000 dollars vs GDP per capita of 54,000 dollars. Here's how I think about it. In 2010, USA real GDP per capita was 45,000 dollars or thereabouts. From 2010-2014, each person that was added to the population corresponded to a real GDP increase of 108,000 dollars.To get fancy, if there hadn't been any population increase, real GDP might have grown by a certain amount. If we could estimate that amount, we could subtract it from the aforementioned 108,000 dollars and then say with more confidence that each person that was added to the population "caused" real GDP to increase by that much.By analogy, imagine a 100 men were laying bricks (GDP) on top of one another. Each man could lay 10 bricks per hour. Now, 3 younger, stronger men are added to the workforce who can lay bricks at the rate of 50 per hour. The calculation that I am proposing would produce a number analogous to 50 which could then be compared to the number 10 so as to distinguish between the previous stock of labor and the new stock.If you'd like to replace population with employed population, that would be fine ... It's has a secondary role in my question.
Follow • 1
Add comment
More
Report

You are asking some interesting question but you have gotten yourself Caught up in a few traps you need to be looking at GDP PER WORKER.. If The Labor Force is a constants proportion of the population Then normalizing by population may not seem like a bad idea However, The percentage of the population in the labor force has been growing over time so you will get some distortions. It doesn't stop there. Normalizing by the growth rate of the labor force would make sense If the labor force were always fully employed. If there is any kind of a business cycle your results will be further distorted. In 2010 Unemployment began the year at 9.8% and ended at 9.2% in 2014 we began the year at 6.6% and it dropped to 5.6% We would expect a good portion of GDP growth to have come from increased employment of the existing labor force not just the growth in the size of the labor force coming from population growth an labor force participation rates. If you took POTENTIAL GDP Growth and Subtracted the PCT Change In the Labor Force you would gate a measure of labor productivity growth. 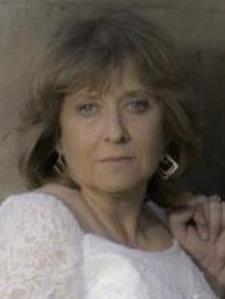 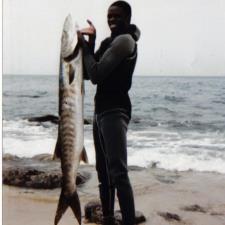 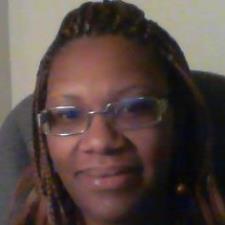