When are なんて and なんか used as emphasis in casual speech? Are they used when you're surprised, angry or can it be both? What sort of feeling does it convey to the listener compared to a normal sentence without it. For example, in the following 3 sentences I'm not entirely sure what the "なんて” and ”なんか” are expressing. >こんな[所]{ところ}におばけなんていねーよ。 >There are no ghosts in a place like this. >[彼女]{かのじょ}が[結婚]{けっこん}したなんてちっとも[知]{し}らなかった。 >I had no idea she got married. >[私]{わたし}なんか3[枚]{まい}のレポートも[書]{か}けない。 >I cannot even write a 3 page report.
Follow • 2
Add comment
More
Report

Good question. I think the best way to approach this is to look at the three examples one by one.

こんな[所]{ところ}におばけなんていねーよ。 >There are no ghosts in a place like this.

As you can see by the usage of 「いねー」as opposed to 「いない」or「いません」, this is a very casual, colloquial sentence. 「なんて」 is being used here to emphasize how ridiculous it would be for something like a ghost to be here. By using very plain language, the translation given obscures the casual, colloquial feel of the sentence (and usage of なんて). A more colorful translation might go, "There ain't no ghosts or nothin' in a place like this!"

Again, the usage of ちっとも and 知]{し}らなかった shows us this is a casual, colloquial sentence. Using 知]{し}らなかった as opposed to 分{わ}からなかった even indicates the speaker is being a bit rude. 分{わ}からなかった is more often used for "I didn't know" where 知]{し}らなかった often has a nuance of "I didn't know and I don't care." なんて is being used dismissively - "I didn't know she went and got married or whatever."

In our なんか example, things are a little different. The use of も emphasizes that "I can't even write it if it's 3 pages," so more than 3 pages would be even more impossible. なんか isn't being used rudely or dismissively (as with なんて), so much as to emphasize that 'I can't do things such as this.'

1). なんて is most often used dismissively

2). なんか is most often used to emphasize 'other things like this' or general flustering. You'll also hear it used when the speaker isn't sure what to say: 「あれはななか…」 "That's sort of..." 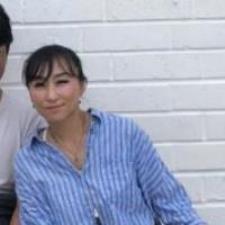 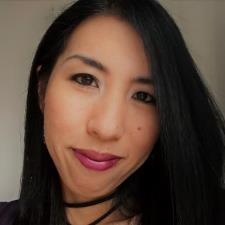