How did the First French Empire and allies differ from the other European monarchies at that time?

During the Napoleonic Wars (especially towards the end), France and most of its allies (e.g. Kingdom of Italy, Duchy of Warsaw, Kingdom of Spain) are absolute monarchies. However, they seemed to genuinely claim that they were revolutionary forces fighting a revolutionary wars. How did the governmental or societal structure in the First French Empire and its allied states significantly differ from their enemies, that allows them to claim to be revolutionary?
Follow • 2
Add comment
More
Report

After the French Revolution, the country was left without monarch. Political groups in the new republic were fighting for power. In the meantime, European neighbors fearing the spread of the Revolution in their own country wanted to overthrow the young Republic. The latter was not unified and faced great danger from within and from abroad. When Napoleon Bonaparte came back from a successful military campaign in Egypt, he took advantage of the political instability to seize power.

In the few years of his reign, he created and reformed institutions of France. For instance, he was at the origin of Civil Law, the main law system used today in the world that is different from Common Law (from the UK, used in the US). While drastically modernizing the country, he pushed back coalitions of European kingdoms and expanded the French Empire on the continent after defeating his ennemies.

He was revolutionary mainly because he surrounded himself with technocrats, who were the best in their fields, rather than hereditary leaders that might not have been the best at taking care of state matters. While European monarchies were controlled by an old and complacent nobility, the French Empire under Napoleon was lead by rising talents, regardless of their upbringings. Therefore, the First French Empire was revolutionary in both creating a new political order and establishing a modern state with efficient institutions. 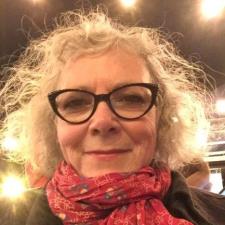