how can i learn to do these angle

I never had to do prove angles in high school (1983), now I am back in college, I need to learn, using congruent triangles: CPCTC

Sometimes things are not exactly as they appear to be...  You may have heard that, or something similar, before.  One of the purposes in "proving" congruence is to learn the burden or amount of proof required to absolutely know that something is true or not.  Two triangles can appear to be congruent (equal), but may be slightly different.  Two congruent triangles must be identical in all respects:  all 3 angles in one triangle have the same measurements as equivalent angles in the other triangle, and the length of all 3 sides in the first also = the equivalent sides in the other triangle.

We can "prove" this is true by using what was already proven from earlier geometric tests.  For example, if we know two angles are identical (same measurement in degrees or radians), with two angles in another triangle, then the third angles must also be equal, because all 3 must add up to 180 total degrees.  But we don't know for sure if the two triangles are identical until we measure and compare lengths of sides.

We can prove that if two sets of side-angle-side (SAS) are identical, then so are the other parts of the two triangles (and they are congruent).  But having side-side-angle (SSA), for example, does not prove it, because we can draw two different triangles with that combination remaining true. 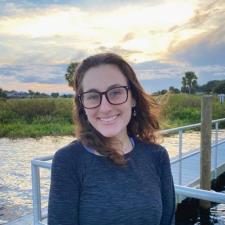