What is the best way to have a high probability of achieving a 2400 score on the SAT?

Practice, practice, practice. Go over vocabulary flashcards to improve your verbal scores, and try solving as many sample questions as you can in both the verbal and quantitative sections. Having a tutor to help and motivate you may also be a good addition to your own studying!

Upvote • 1 Downvote
Add comment
More
Report
Edward
This is a very interesting question and, I think, a very legitimate one. The more I thought about it, the more interesting it is...So here are my thoughts...
The issue can be analogized to practicing in a sport. For example, if your goal is to run a marathon in 60 minutes, then you don't stop practicing just because you ran that distance in 60 minutes one time. You must be able to consistently run that far in, say, 59 minutes to have a fairly high probability of making it in 60 minutes at the real marathon.
Similarly, making a 2400 on a practice SAT test only one time is not enough practice to reach a high probability of making a 2400 on the real test. The questions that make the difference between an 800 and a 780 on one of the SAT sections, for example, are often so unusual and unpredictable that you need to make a 2400 on, say, six or seven practice tests to significantly increase your probability of making a 2400 on your actual SAT.
For example, if you take three SAT practice tests, and make a 2380 on all three of the practice tests, your probability of making a 2400 on the real SAT is quite low - just guessing, maybe a probability of .1?). That is because in taking three practice tests, you have not once made a 2400. And it's not possible to "train" with the SAT by taking SAT practice tests and consistently getting scores higher than 2400, as you can do if you are training for the marathon (see above). There  is no "59 minute score" that you can sometimes make while practicing for the SAT, as there is when you practice running.
The probability of getting a 2400 on the SAT is, thus, not a "random" probability question like we learned at school  (i.e., "if you have 3 red marbles and 3 blue marbles in a box, what is the probability you will draw a red marble" In the case of the marbles, we assume there are no other mitigating factors, for example, the box has been set on an uneven surface and the marbles of one color weigh a bit more than those of the other color-perhaps because of differences in engineering tolerances. In other words, in the marbles probability problem we assume that all other variables are equal.)
Not so on the SAT. So many variables cannot be controlled when you take your real SAT - the temperature of the room, the type of desk you have, your placement in the room, someone next to you who keeps tapping their pencil and sighing, your nervousness, and the list goes on and on. And that's not even mentioning the variables of the vocabulary words you get on the SAT that day, or the hardest math question on that particular day's SAT...
So, as I said above, your best chance of increasing your probability of making a perfect 2400 on your real SAT to as close as possible a 1.0, would be to make 2400 consistently on say, six or seven practice tests. I am guessing, obviously, by saying "six or seven practice tests at 2400", but it's my gut feel, and it seems to be pretty typical for the students I've known who were confident they would make a perfect score.)
As I said, this is a VERY interesting question. If we can find a way to explain this to our students, they will realize that even if their goal is "just" an 1800, making an 1800 once on a practice test is not enough practice.
Upvote • 1 Downvote
Comments • 2
More
Report 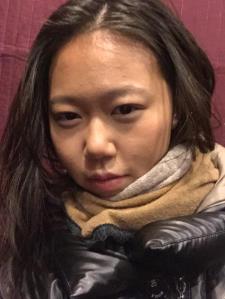 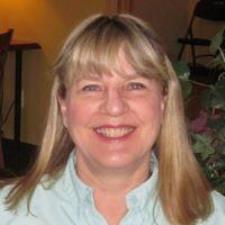 Work with somebody who knows what he's doing. (Hint: I'm that guy)

Upvote • 1 Downvote
Add comment
More
Report
If you really want to know the answer, I suggest you to read my blog about the truth of SAT and how everyone is capable of getting at least 2000+ on SAT. As matter of fact, when I applied to college 4 years ago, I received 2400 on SAT. I have done it myself, and many of my students also did it. The truth is, you need to find a tutor who really knows the stuff (not just teach from those stupid prep books) on real tests. Even though you can buy the prep books and practice questions forever, you might not--you will not get 2400. Because if it is that easy, then everyone would've done it. So secret number one, stay away from those commonplace test prep books/agencies (ex Princeton Review, Kaplan)/teachers(who only know how to teach from the book)--because people who received 2300+on SAT have a very different and straightforward efficient system which ensures them to stay ahead of the game.
Upvote • 1 Downvote
Comments • 9
More
Report

What’s the easiest way to improve your vocabulary over the next nine months by integrating more sentences and words into your daily life?

The Equation of a circle is shown below. What is the circumference of the circle??

which is best prep SAT course kaplan or princeton 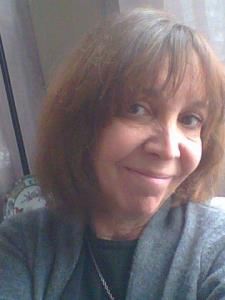