In the opening scene, the alien spacecraft is seen near the Earth's Moon. The Moon is shown to be vibrating due to the mass of the spacecraft. Is this scene plausible? Explain your reasoning?

Presumably since the ship is rumbling as it goes by the implication is that the vibration came from sound. However, since sound cannot travel in the vacuum of space (and the Moon has no atmosphere) then there would be no way to transmit the vibrations from the spacecraft to the surface. This is of course a flaw with many science fiction movies, but one that I personally am willing to let slide and suspend disbelief.

If instead it was instead meant to be gravitational attraction, Although technically all things that have mass have gravity, the mass of the spacecraft would be too small compared to the mass of the Moon. In addition to that, gravity is only an attractive force so the Moon could only be tugged, not vibrated.

There was dust kicked up by all landings on the Moon, but that was from impact for the early probes, or thrusters from the landers. IF we are to believe that the Independence Day Mothership flew over at very low altitude AND has thrusters (or sci-fi repulsors) on the bottom, then maybe this could happen. But given that such thrusters and repulsors would not be needed for general interstellar travel, and the apparent height the the Mothership flew over the surface of the Moon, this seems very unlikely. 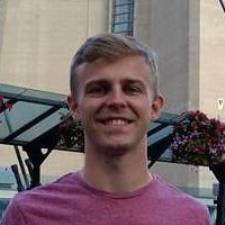