Why was Ophelia psychologically ill in the Shakespearean play Hamlet?

In the Shakespearean play Hamlet Ophelia became psychologically ill. Was it because of Hamlet's behavior or how society treated her or what's the real reason behind her sudden illness? Did Shakespeare leave any reference to the reason behind her illness?
Follow • 1
Add comment
More
Report

There are so many reasons for Ophelia madness. She is probably the biggest tragedy of the entire play. Below are some of the main reasons for her madness:

It begins in Act 1, Scene 3 when Laertes tells Ophelia that she should not date Hamlet because he is destined to be king of Denmark one day and will marry another.

Laertes: Perhaps he loves you now,

And now no soil nor cautel doth besmirch

The virtue of his will; but you must fear,

His greatness weigh'd, his will is not his own;

For he himself is subject to his birth.

Additionally, Laetres warns Ophelia to not have sex with Hamlet:

Laertes: If with too credent ear you list his songs,

Or lose your heart, or your chaste treasure open

Laertes believes he is being a good brother, but in reality, he is hurting her self-esteem because he doubts Hamlet loves Ophelia. It's sad because Hamlet does have genuine affection towards her. Unfortunately, because Hamlet has the Oedipus Complex, his love for Ophelia couldn't develop since he became obsessed with his mother.

Later on in Act 3, Scene 1, Ophelia's father, Polonius, asks Ophelia to return Hamlet's love letter to him. Hamlet is deeply upset by this action and begins to insult Ophelia and tells her he never loved her.

Hamlet. Ay, truly; for the power of beauty will sooner transform

translate beauty into his likeness. This was sometime a paradox,

but now the time gives it proof. I did love you once

Ophelia. Indeed, my lord, you made me believe so.

Hamlet. You should not have believ'd me; for virtue cannot so

inoculate our old stock but we shall relish of it. I loved you not.

Ophelia. I was the more deceived.

Hamlet. Get thee to a nunnery! Why wouldst thou be a breeder of

This deeply hurts Ophelia because she is in love with Hamlet and does not want to intentionally hurt him. Hamlet even attacks her saying "Get thee to a nunnery" and calls her a "sinner," most likely because they had per-martial sex. These insults deeply affect her because they are unfair, since Hamlet engaged in these acts, too. Sadly, Ophelia realizes that her brother was right from the beginning of the play. All of this occurred because Ophelia loves Polonius so much that she is willing to sacrifice her own love for his plans. So sad!

After Hamlet insults her, in Act 3, Scene 2, Hamlet sexually flirts with Ophelia.

Hamlet. Lady, shall I lie in your lap?

[Sits down at Ophelia's feet.]

Ophelia. No, my lord.

Hamlet. I mean, my head upon your lap?

Hamlet. Do you think I meant country matters?

Ophelia. I think nothing, my lord.

Hamlet. That's a fair thought to lie between maids' legs.

Ophelia. What is, my lord?

While this may seem innocent, this greatly confuses Ophelia. Potentially she is excited for Hamlet to love her again, but he is mentioning sex. This shows that Hamlet views her more as an object than a partner because as an audience member, we see that Hamlet is putting on a show for his parents.

The breaking point for Ophelia is when her father passes. The combination of losing Hamlet and Polonius causes her to have a mental breakdown. In Act 4, Scene 5, Ophelia enters Gertrude's chambers and is singing in song - a clear indicator she is not in the best mental state.

When she first enters, she sings of her deceased father:

(Sings) He is dead and gone, lady,

He is dead and gone;

At his head a grass-green turf,

At his heels a stone.

Later, she sings of the harm Hamlet caused her:

[Sings] By Gis and by Saint Charity,

Alack, and fie for shame!

Young men will do't if they come to't

By Cock, they are to blame.

Quoth she, 'Before you tumbled me,

You promis'd me to wed.'

An thou hadst not come to my bed.'

In summary, she is singing a song about the hypocrisies of men and women having sex before marriage. The man no longer wants to marry the woman because they "tumbled" before they "wed[ed]." Throughout this scene, Ophelia is singing nursery rhymes and it is suggested that she sings them because her mind has taken her to a place where she was once happy as a child. Shortly after, Gertrude reveals that Ophelia has taken her own life by drowning in the river. However, some people suspect Gertrude killed Ophelia because of how much information she knows of the passing. That's all speculation though! Up to the reader to decide. 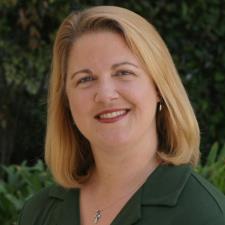 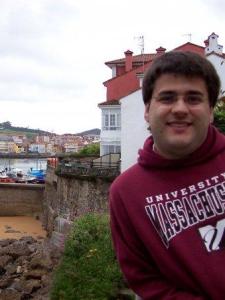