Is there any significance in Shakespeare's use of the name "Laertes" (name of the father of Odysseus) in Hamlet?

Is there any significance in Shakespeare's use of "Laertes" (name of the father of Odysseus) in Hamlet? Do we associate the name with The Odyssey more strongly than Shakespeare, to whom it was just an available name with a nice ring to it? If there is a connection, what is it?
Follow • 2
Add comment
More
Report

I give this answer with the clarification that my area of knowledge is Shakespeare and not so much Greek mythology! I would think we associate the name with the Shakespearean figure more so than the Greek figure, but the former is my area of study (so I'm bias).

Though he wasn't formally educated at a university (Shakespeare's formal education stopped when he was around 13 because of financial limitations), Shakespeare probably did have a knowledge of Greek mythology (many names in Shakespearean plays have Greek roots and his tragedies have similar themes to Aristotle's model of tragedy).

In The Odyssey, Laertes in Odysseus's ailing father (he remains in Ithaca on a farm -- he is in failing health and is heartbroken). Laertes is given aid from Athena, helping Odysseus kill the father of Antinous's. Laertes, in Hamlet, is the son of Polonius and the elder brother of Ophelia. I don't think it would be crazy to make a connection between the two men.

Both men are heartbroken -- The Odyssey's Laertes over the apparent loss of his son (he won't even go to Odysseus's home while Odysseus is away) and Hamlet's Laertes over the loss of his father and sister. Both men want what has been taken away from them (a loved one) back again and they both want revenge. Both men are wronged by those with greater power then themselves. In The Odyssey, Laertes is kept away from his son because of the war and subsequent journey home (the gods and goddesses play a hand in the journey home for Odysseus that last for so long). In Hamlet, Laertes' father (Polonius) is killed by Hamlet (Hamlet thinks he's killing Claudius) and Ophelia dies from an apparent drowning (Did Hamlet drive her to her death by taking away his love and attentions? Could Gertrude has stoped it? Did the death of her father drive her to her death?-- Regardless, Ophelia seems to be a result of the selfish actions of the royal house).

Let me turn this back around--what significance do *you* see in the name? If none, move on and focus on something else. If some, what and why?

Try this on: Homer's Laertes is the father of "the great tactician," the Greek warrior most known for his intelligence. Shakespeare's Laertes is the son of the biggest doofus in Denmark. What does THAT mean? Maybe it's just a lit joke--Shakespeare wasn't the first, and certainly not the last author to throw in a reference for fun. Maybe the juxtaposition of intelligence is a comment on how times have changed for the worse--something like: "in the old days, Laertes was connected to the smartest people around, but now, look at this Laertes...the kids today, I tell ya." Or maybe it's a subtle hint that Polonius isn't as dumb as he looks...this is a reading of the play that I've heard from some scholars, that Polonius is a puppet master who's just playing dumb, and while I don't buy it myself, that doesn't mean it's without merit, and his son's name could be a little piece of circumstantial evidence for that interpretation.

Or try this: Homer's Laertes is mainly associated with grief. By the time we meet him, he hasn't seen his son in 10 years and has all but given him up for dead. Compare that to Shakespeare's Laertes who gets into a kind of grief olympics with Hamlet at Ophelia's funeral. Maybe his name is a way to foreshadow that grief lies ahead. There's also some irony there, since Homer's Laertes' grief ends when Odysseus comes home, but Shakespeare's Laertes loses everyone for real and then dies miserable himself.

There are probably other possibilities.These questions generally don't have absolute answers. Even if we had Shakespeare's diary and it had an entry that said something like: "I was reading o'er Homer yesternight and bethought what a jest 'twould be if I did name the fool's son after the tactician's father in my new playe," it still wouldn't mean that that was the only valid interpretation.

I'd be happy to help you explore Shakespeare or any other literary work any time! 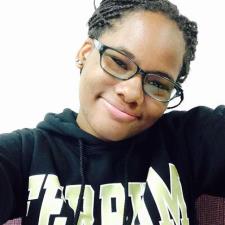 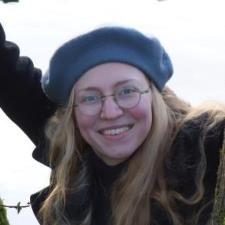