In Early Modern English, how did 'see' semantically shift to mean 'note/record'?

John McWhorter [PhD Linguistics (Stanford)](https://americanstudies.columbia.edu/people/john-h-mcwhorter). [*Words on the Move* (2016)](https://www.amazon.com/Words-Move-English-Still-Literally/dp/1627794719). [p. 86.](https://books.google.com/books?id=vKqTCwAAQBAJ&lpg=PA73&ots=2xIbBLOtDF&dq=%22it's%20easy%20to%20see%20how%20one%20gets%20from%20yelling%20to%20crying%22&pg=PA86#v=onepage&q=Polonius%20opens%20his%20%20farewell%20speech%20to%20Laertes%20&f=false) Emboldening mine. >  Commonly we are told that Shakespeare's language is "high," such that the challenge can be met by making a certain effort. Related to this is the idea that Shakespeare's language is poetic, requiring more effort to process than the phraseology of Neil Simon. Then someone will say that the language comes across best with careful acting technique, ideally wielded by British people.   All claims except the one about Brits are true. However, many will be nagged by a feeling that there is more to the story, and there is. When, in *Hamlet*, Polonius opens his farewell speech to Laertes ("Neither a borrower nor a lender be") with "And these few precepts in thy memory / **See thou character**," rising to a challenge can take us only so far. We can indeed process *precepts*, *thy*, and *thou* with the aforesaid rising. But what does Polonius mean by *character*? Neither intonation, facial expression, being British, nor rising will get across that in Shakespeare's time that word meant "write," as in the characters that one writes. Polonius is telling Laertes, in short, "**Note these things well.**" Please compare the two emboldened imperatives. I can understand how [‘character’ signified writing](https://www.etymonline.com/word/character). But how did ‘see’ semantically shift to signify ‘note/record’? I.e., even after this explanation, this meaning of 'see' still feels bizarre. Can someone please make it more natural? I tried http://nfs.sparknotes.com/hamlet/page_44.html.
Follow • 1
Add comment
More
Report

If I'm reading your question correctly, I think you're barking up the wrong tree with "see." It doesn't have anything to do with "note/record." Shakespeare / Polonius is using "see" to mean "make sure," which we still do (sometimes) today. For example:

Angry boss: I needed this report by 5!

Employee: I'm sorry, I'll have it for you first thing in the morning.

Boss: See that you do.

As for character, yes it adds a layer of meaning to know that character means write, or more literally, put into letters (because letters are also called characters). But it's not that the line is impossible to understand without knowing that, because we also understand character to mean something like personality. So Shakespeare is going for a double meaning (whether Polonius understands his own double meaning is up to the actor and/or audience). On one level "And these few precepts in thy memory see thou character" can mean "Make sure you write down this advice," but it also means "Make sure you embody this advice." 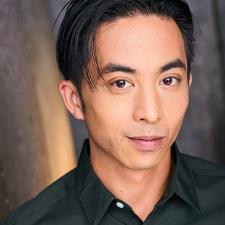 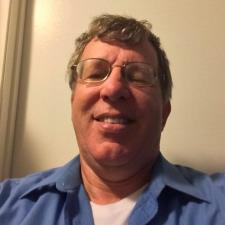