Is Caliban of Shakespeare's "The Tempest" based on a real life character?

In the book **‘Over the Edge of the World’** the author Laurence Bergreen has described Ferdinand Magellan's daring circumnavigation of the globe in the sixteenth century was a three-year odyssey filled with sex, violence, and amazing adventure. The book was first published in 2003 and the Harper Collins edition which I read was published in 2008. The best and most affecting eyewitness account of Magellan’s circumnavigation was written by Antonio Pigafetta, the young Venetian scholar and diplomat who was among the handful of survivors. His chronicle remains one of the most significant documents of the Age of Discovery. Pigafetta’s account of the Patagonian giant describes him as: \n> “He was so tall that the tallest of us only came up to his waist,” the\n> official chronicler observed. “He had a very large face, painted round\n> with red, and his eyes also were painted round with yellow, and in the\n> middle of his cheeks he had two hearts painted. He had hardly any\n> hairs on his head, and was painted white.” \n> \n> The giant was a member of the tribe known as the Tehuelche Indians,\n> who were numerous throughout the region. Laurence Bergreen continues: \n> About ninety years later, Pigafetta’s affecting account of the\n> curtailed education and conversion of the Patagonian giant drew the\n> attention of William Shakespeare, who read an English translation by\n> Richard Eden of Pigafetta’s diary. Distinctive fingerprints in \n> Shakespeare’s resulting play, ‘The Tempest’, first performed in\n> 1611, could only have come from Pigafetta’s account. \n> \n> In Shakespeare’s imagination, the humble details of Pigafetta’s\n> encounter with the Patagonian giant are woven into an immense\n> cosmological tapestry. The playwright sets the scene on an enchanted\n> magical island ruled by Prospero, the duke of Milan, who, with his\n> daughter Miranda, had been set adrift by his brother Antonio, a\n> usurper. Shipwrecked, Prospero learns magic and manages to remain on\n> good terms with spirits inhabiting the island, especially Ariel, a\n> sprite whom Prospero had freed from an evil sorceress known as\n> Sycorax. But Sycorax also has a son, Caliban, one of the most\n> compelling yet enigmatic characters in the Shakespearean canon, and a\n> character inspired in part by the Patagonian giant. \n> \n> The clash between Prospero and Caliban offers a vivid image of the\n> impact of European discovery and conquest on indigenous peoples\n> throughout the world, and Shakespeare dramatizes the encounter with\n> wit and a frisson of horror. \n> \n> You taught me language; and my profit on’t Is, I know how to curse:\n> the red plague rid you, \n> \n> For learning me your language! \n> \n> Later, Caliban quotes Pigafetta’s account of the Patagonian giant: \n> \n> I must obey: his art is of such power, \n> \n> It would control my dam’s god, Setebos,\n> \n> And make a vassal of him. \n> \n> Although Shakespeare keeps the setting vague, this mystical play\n> demonstrates, if nothing else, that the New World, with its splendour\n> and barbarism, had taken up residence in the European consciousness.\n\nIs Caliban's description based on the Patagonian Giant described by Antonio Pigafetta? Apart from this reference in the referred adventure book, are there any other sources to support such a conclusion?
Follow • 1
Comment • 1
More
Report
Report

It does not appear to be based on one specific character but rather a a symbol, satire, or representation.

There is a long history of enthusiastic speculation on the name's origin or derivation.

One of the most prominent suggestions concerns Caliban being an anagram of the Spanish word canibal (Carib people), the source of cannibal in English. The character may be seen as a satire on "Noble cannibal" from Montaigne's Essays (A.30, "Of Cannibals").[13]

Also popular has been comparison to kaliban or cauliban in the Romani language, which mean black or with blackness.[14][15][16][17] The first Romanichal had arrived in England a century before Shakespeare's time.[18]

Since 1889, it has been suggested that Shakespeare may have named Caliban after the Tunisian city Calibia (now called Kelibia) that is seen on maps of the Mediterranean dating to 1529.[19]

Many other, though less notable, suggestions have been made, primarily in the 19th century, including an Arabic word for "vile dog", a Hindu Kalee-ban "satyr of Kalee, the Hindoo Proserpine", German Kabeljau ("codfish"), etc.[20] 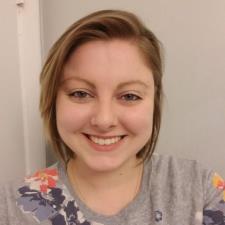