If a retailer consumes a good he bought from the producer, does that get accounted into the GDP of a nation?

Let's say we have a soft-drinks store. Say the store sells Pepsi and Coke. If the retailer drinks a bottle of coke from his own store, does that get counted into the GDP of a nation?Or is it only counted if someone else apart from the store owner consumes it by paying for it?How does this work?
Follow • 2
Add comment
More
Report

If you're asking whether the coke will show up in the official GDP calculations, the answer is most likely "no." The BEA (Bureau of Economic Analysis), which calculates GDP, includes in the definition of GDP and consumption "food and beverages purchased for off-premises consumption." Since the coke was never "purchased for consumption," it won't show up.

In theory, however, the coke SHOULD be counted in GDP! It is a final, new, domestically produced good. The retailer should record a sale to herself, making her the final consumer. But in the absence of that official sale, the good will not be visible to the BEA.

As you may know, one of the reasons why GDP underestimates domestic output is precisely that it only captures goods sold on organized markets. Your example is equivalent to someone growing a tomato in his backyard and eating it: in theory the tomato should be part of GDP (new, final, domestically produced good); in practice, the BEA has no way to know that you produced a tomato and will be unable to count it. 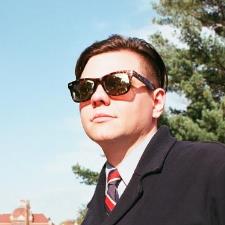 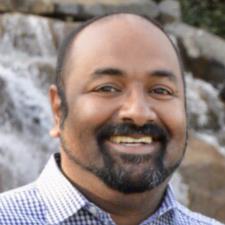 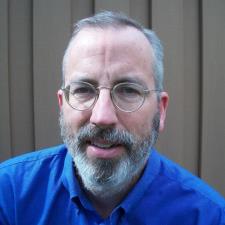