Simplify your answer and write it as a fraction or whole number.

In order to solve this problem, a lot of assumptions would have to made, due to the ambiguity of some of the circumstances. Rather than do that, just to crank out a number, I think it would be more instructive to examine some of the issues. Then if the submitter would like to offer more information, we can go ahead and use that additional information to solve a clarified version of the problem. Meanwhile, hopefully, we will have shared some interesting thoughts along the way,

Sample space: In any problem where a probability is to be determined, it is of utmost importance to understand the sample space. As stated, we don't know whether the set of preschoolers from which one was randomly selected was from Tim's class, the whole school, or the whole town, country, etc. Get the point?

Independence: What is the relationship between writing a story today, and writing one yesterday? Do students write one every day, or every week, or ... ? If they are only required to write one per week, let's say, then the 6 children who wrote one yesterday would likely not be in the sample space. Those who volunteer today would be dependent who had volunteered previously.

Extraneous information: Be careful when solving word problems. Often there is information presented that has absolutely no bearing on or an indeterminate bearing on the problem. Learn to ignore information that should not influence your results. In this problem, what bearing does the fact that the stories were written during free time, have on the expected result?

Here is my alternative problem statement: There are 15 children in Tim's preschool class. During free time yesterday, 6 of them chose to write a story, which they have a chance to do every day. Tim's class is known to be representative of the general population of his school of 1000 preschoolers. What is the experimental probability that a randomly selected preschooler from Tim's school would choose to write a story today?

Do you agree that my alternative is a more well-formed problem statement? Why or why not? How would you state a similar problem, so that students understand all the information they need to know in order to correctly compute the requested probability? 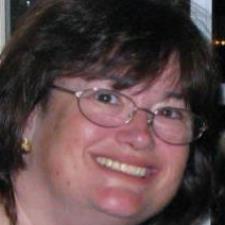