Was a passport needed to travel between UK and France in 1972?

In Hitchcock's 1972 film ***Frenzy*** (at about the time 00:54:55) a character says: ***We can get a day trip to France. You don't need a passport.*** (He is a commoner, no diplomatic status etc, in fact a fugitive from justice, unjustly accused...) I think that the plot of the movie happens at about the same date as the creation of the movie. Is it true that no passport was needed to go from London to Paris at that time? Was it because of the means of transport - namely boat in this case? If yes: when was passport control introduced?
Follow • 2
Add comment
More
Report

Hitchcock was a stickler for the details, and the movie is period-correct in that in those pre-European Union, pre-Chunnel, and pre-terrorism days there was indeed a program in the late 60's and early 70's to encourage British citizens to visit French coastal beaches and resort towns for the day. The day pass was just that though, a day pass only and you better be on the last ferry coming back to the U.K. before midnight. In practice, it mostly was just used as a French beach pass. If you tried to check into a French hotel or do anything serious to travel in the French interior, you still needed a passport. You still had to register your day trip with the ferry line and receive a day pass stub and every ferry company had a French customs representative. The thinking was to not unduly hassle British citizens by making them have to carry their passports who only want to just lie on a French beach for a few hours. The day pass phenomenon became a casualty however of the so-called "Golden Age" of skyjacking, which ran from 1968 through 1979, and into the 1980s in parts of the world, with attacks tapering off after new travel and cross-border regulations made all modes of travel much more scrutinized and difficult.

However, your question reminds me of a great true story that I can vouch for that happened to a World War II veteran of the Normandy landings in a neighborhood that I used to live in. His name was Gus, and he was a survivor of the Omaha Beach landings on June 6th, 1944 (D-Day), though he also did get wounded that day.

On the 50th anniversary of the Normandy landings in 1994, various organizations made a special effort to round up any and all surviving veterans for a return to the beachhead. Gus received an invitation to partake in a special ceremony in Normandy, and with much excitement he packed his bags to go back to France for the first time in 50 years. He had his passport when he checked in at the airport counter at O'Hare in Chicago, but somehow the passport had gotten lost on the plane ride over. Upon landing in Paris, and despite helpful airline crew tearing apart his whole seat area, pockets and luggage, all efforts failed to find the passport. Finally, Gus left the plane and walked down the jetway and in a somewhat embarrassed manner reported to French customs and immigration. The French immigration official said "passport please." Gus didn't have one, and proceeded to tell the official the whole story. At the end of it, the immigration official said, "I am afraid you will have to stay in a holding area and take the first flight back to the United States." Gus said, "I'm sorry. It's all my fault. All I can say is, that the last time I came to France, I didn't need a passport." In a very huffy manner, the French immigration official said "That's impossible. A passport has always been the requirement for entering France." Gus said, "Well, the last time I entered France was on June 6th 1944. And I don't remember seeing any French immigration officials on the beach that day."

They let Gus into the country for his visit. 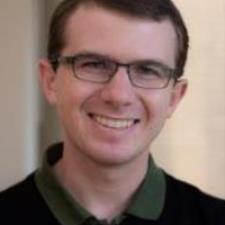