Was the recent "conservation hunt" of a black rhino supported by science?

CNN [recently covered](http://www.cnn.com/2015/05/19/africa/namibia-rhino-hunt/) a sanctioned black rhino hunt in Namibia by Texan Corey Knowlton, who bid US$350,000 for the license. In the story, he claims that the hunt was actually supporting conservation of the [critically endangered](http://www.worldwildlife.org/species/black-rhino) species, as they were looking to kill an older, non-reproducing male that was consuming resources and potentially threatening younger, breeding males. The Namibian government has a list of 18 rhinos in the country (out of a total population of about 2,000) that meet the criteria. > Knowlton is targeting one of four black rhinos at the top of the government list, the ones considered "high priority threats to the herd." Knowlton eventually caught up to and killed the animal he was targeting, and [donated the meat](http://www.cnn.com/2015/05/20/africa/namibia-rhino-hunt-meat/) to a local village. CNN.com later published two opinion pieces, one [in support of the hunt](http://www.cnn.com/2015/05/21/opinions/rhino-hunt-is-conservation/index.html) by Dr. Mike Knight, the Chairman of the International Union for Conservation of Nature (IUCN) Species Survival Commission's African Rhino Specialist Group (AfRSG) and the South African Development Community Rhino Management Group (SADC RMG), and one [opposed to it](http://www.cnn.com/2015/05/19/opinions/trophy-hunting-not-conservation-flocken/) by Jeffrey Flocken, the North America Regional Director of the International Fund for Animal Welfare (IFAW). Knight cites black rhino-specific data in his piece, arguing that in the case of this particular species, limited hunting is actually beneficial. Flocken instead uses a wider argument, citing hunting of polar bears, elephants, and lions, among other species, and claiming that the idea of "conservation hunting" as a whole is flawed. He does not, however, directly address the situation of black rhinos. I have evaluated each side's argument, but have not yet formed a solid opinion, which is why I'm asking here. In the specific case of the black rhino, does the science support the notion of limited elimination of older males? Are there studies that show this has led to an increase in other types of conservation efforts? Does the money spent for licenses actually go towards conservation and assistance for locals?
Follow • 1
Add comment
More
Report

Fantastic questions. In analyzing the topic of consumptive use of a species, the species itself does make a difference in the effectiveness of the approach. So while there are some cases where consumptive use of a species is able to occur at "sustainable levels", this is not the case for every species. As large mammals, rhinos have long lifespans and as you know they are facing a variety of ecological pressures.

The real issue here, for me personally, is that any recreational hunting of any animal drives the market for further consumptive use of that species. It feeds a demand for other hunters to look for situations where lethal management is "appropriate," which is a controversial question when a critically endangered species is concerned.

Whether the license funds are actually benefitting conservation and local communities depends entirely on the governments, organizations, and communities involved. I do not know enough specifically about Namibia to comment and I believe the opinions put forth in the resources that you found are probably accurate. I can say that in some other countries, it is very unlikely that these funds are making any long-term or actual difference for wildlife or for communities--corruption remains a challenge, and it isn't always clear if this revenue is tied to any sustainable economic development mechanism. Often, governments and private landowners benefit more from hunts and it's unclear what impact those financial contributions have. Conversely, there are some places where sustainable consumptive use is more likely to be possible. But it is a very controversial topic.

We also know that generally, charismatic megafauna are worth more alive (via the tourism industry) than dead (via revenue from hunting).

It's also important as always to consider your sources. All professionals cited above are highly-regarded and knowledgable in their fields.

The IUCN is generally impartial or in support of the stances of local stakeholders.

South African Development Community Rhino Management Group is chaired by Dr. Mike Knight as well, who is brilliant. They are doing some fantastic data-driven work. Dr. Knight is from South Africa where the conservation and consumptive use context is extremely different than many other places, which likely guides his perspective.

Jeffrey Flocken is also brilliant. IFAW is an animal welfare organization engaged in wildlife conservation work, so concern for well-being of individual animals and of species as a whole is a key aspect of their approach. This also guides his perspective.

Sorry for being a few years late but you've stumbled onto one of the most controversial questions in the conservation arena. At the end of the day, governments are really responsible for making these decisions in the cases where they are acting as the stewards of their nation's wildlife. It's possible that the reason why there was any conflict in the first place with the rhino in question was due to a loss of habitat and food resources. Rhinos are a wide-ranging species and they need ample land and healthy ecosystems to survive. Unfortunately we live in a time with increased environmental pressures, increased human pressures, and increased human-wildlife conflict. A more sustainable option would be to address these threats at the root cause, because a rhino "consuming resources" should not be an issue, and relocation is always a potential solution as well, but I don't know the specifics of this case.

It's also always better to develop long-term sustainable livelihood solutions for communities in need rather than to donate one-off resources to them. Wildlife tourism can be a valuable component of such models.

$350,000 is really small change when it comes to the true costs of protecting wildlife.

What is the whale shark's activities day and night.

why hepatic portal vein carries the digested food to the liver as it already contain deoxygenated blood?

my question is that ligament is a connection of bone to bone so why it is present in liver ?

Why do the antelopes in the meadow run in circles instead of running away when a gun is pointed at them? 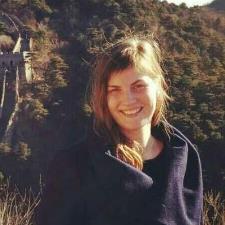 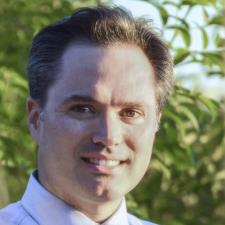