How exactly do the sounds of Arabic "ﻕ" and Georgian "ყ" differ?

The Arabic letter `ﻕ` and the Georgian letter `ყ` are often described as being similar, also they are both transliterated using `q`.> ... the Georgian letter ყ is difficult for most Westerners to pronounce. It is similar to the Arabic "qaf" (ﻕ)So how is it similar and how is it not quite the same?I realize that Arabic pronunciation varies a lot from country to country, is the Georgian sound closer to the sound in any particular variety of Arabic or does it have some quality that keeps it always apart?
Follow • 1
Add comment
More
Report

Arabic qaaf and Georgian q'ari are very similar in many ways:

The Georgian sound, however, is special type of plosive called an "ejective."

* Importantly, (re: your final question) qaaf in Arabic is indeed produced a number of different ways across the Arabic-speaking world. The most similar pronunciation to Georgian is the Modern Standard Arabic pronunciation that is also present in some Gulf dialects and some dialects of North Africa as well. This contrasts with the "glottal stop" pronunciation of Levantine and some Egyptian speakers (like the hypen in 'uh-oh') and the /g/ sound that you might hear in southern Jordan and the Khaliij. 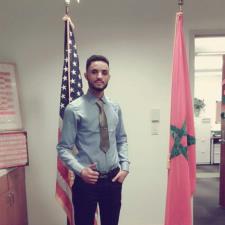 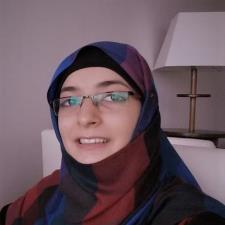