What are the ethical problems with flipping a coin to decide in the trolley problem?

My understanding is that John M. Taurek suggests that, in the Trolley Problem, we should flip a coin when deciding between saving 5 lives versus 1 life (assuming we do not know any of these people). He says that this gives everyone an equal chance of survival, which is most fair/reasonable to him. This seems inherently wrong to me, but I can't understand why without appealing to utilitarianism. How can I argue against this **without** appealing to utilitarianism?
Follow • 1
Add comment
More
Report 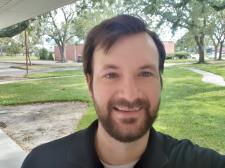