I am currently reading *The Heart of Haiku* by Jane Hirshfield. In it, there are many examples of haikus by Bashō. In them, they always appear to give reference to a time, either explicitly or through description of the moment. Are there any examples of early Japanese haiku that attempt to describe a place rather than a moment?
Follow • 1
Add comment
More
Report

Traditional Japanese poetry as a whole doesn't really reflect a specific moment of time, but reflects transient emotions through transient seasons. Each season has a set of imagery which underpins emotions, specific points in a season and other conventions.

Tanka, the earliest form of Japanese poetry written during the Heian era, began cultivating this tradition from the imagery of Tang China. Overtime, these 5-7-5-7-7 syllable poems written by the courtiers began incorporating more elements, such as pivot words (words that hold a double meaning due to being a homophone) and cutting words, which helped add tension. The skill with which one could craft a poem was so revered that it even defined social standing. The medium also became very contrived.

Before long, some people began poetry contests. While drinking they would compose long poems (over a hundred verses), usually depicting humorous down-to-earth content. These poems, called renga, began accumulating their own sets of convention over time, but the first 5-7-5 stanza was always seen as important. These stanzas eventually became known as haiku.

Some of the traditions for tanka still bleed over into haiku. Most of the time, they seek to inspire a certain sense or emotion, but usually it will fall back on seasonal imagery. Later haiku poets deviated from this form, and modern haiku poets may instead focus on small humorous moments in their lives. 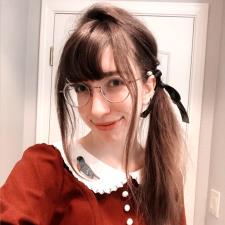