Since polyatomic ions naturally have subscripts with them, then do we ignore them when trying to balance a chemical equation?
Follow • 2
Add comment
More
Report

By:
Balancing an equation doesn't involve changing subscripts.  You need to leave all of the compounds intact, and only change the coefficients (the numbers before each chemical).  You can't ignore the subscripts, because they tell you how many atoms are in each molecule.
Also, if you're going to be balancing an equation that includes polyatomic ions, it's a good idea to see if some or all of the polyatomic ions are found on both sides of the equation.
Check the unbalanced equation below.
Ca(OH)2 + Na3PO4 → Ca3(PO4)2 + NaOH
You should notice that hydroxide ions (OH–) are on both sides.  Phosphate ions (PO43–) are on both sides too.  So you can treat those polyatomic ions as single units, rather than trying to balance the oxygens or other atoms individually.  The subscript, 4, in phosphate is part of the phosphate ion and cannot be changed.
To balance the equation, you can balance each ion individually, and it doesn't matter which one you start with.  I usually start on the left side, so I'd first look at the calciums.  The left side has one Ca2+ ion and the right side has three.  So add a coefficient of 3 before the calcium hydroxide on the left side.
3 Ca(OH)2 + Na3PO4 → Ca3(PO4)2 + NaOH
The subscripts can NEVER be changed when you're balancing an equation.  They can't be ignored either, because they tell you how many of each thing (atom or ion) are on each side.  So now we have 6 hydroxide ions on the left side (3 x 2 = 6).  We can balance the hydroxides by adding a 6 in front of the sodium hydroxide on the right side.
3 Ca(OH)2 + Na3PO4 → Ca3(PO4)2 + 6 NaOH
Notice that I'm looking at one ion at a time, and ignoring the others while focusing on the one.  Next is sodium.  Now that you've added a couple of coefficients, we have 3 Na+ ions on the left and 6 on the right.  We can fix this by adding a 2 in front of the sodium phosphate on the left.
3 Ca(OH)2 + 2 Na3PO4 → Ca3(PO4)2 + 6 NaOH
Next, focus on the phosphate ions (PO43–).  There are two on the left and two on the right.  No changes needed.  We're done!  It's balanced.
Note: You can check each atom on its own if you want, but it's really a waste of time if you're doing a timed test.  Check the ions: Ca2+, OH–, Na+, and PO43–, and move on.
Note also: if you want to write a table under the equation to count things up, then you're probably also wasting time.  When you focus on just one atom or ion at a time, it's easy to count them on each side because you're only counting once for each side.  Don't bother with tables.
Good luck!
Upvote • 1 Downvote
Add comment
More
Report 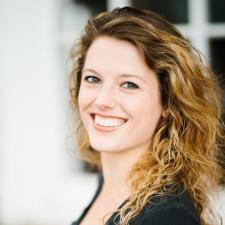 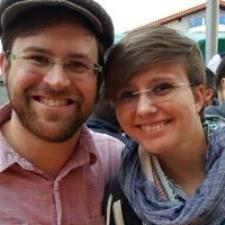