Give one example of how George Baily demonstrated active citizenship. Is he a personally responsible, participatory, or justice-oriented citizen? Why?

George demonstrated active citizenship constantly in many different ways. He was participatory when he spearheaded the metal drives and rubber drives to donate to the war effort, he was personally responsible when he kept the building and loan open to give away all of his honeymoon money and save his friends/customers. He was justice oriented when he stood up to Potter and said people deserve to have a safe, warm, and affordable place to live.

Our economy is similar to it's a wonderful life in that the ultra-rich corporations that have replaced potter are doing the same things to the same people: gauging the poor with high rent and substandard living. The final scene where everyone in the community comes together to pay off George's debt reminds me of the widespread use of gofundme to pay medical bills. The fact that debt drove him to contemplate suicide is all-too-familiar in today's economic reality.

Our economic situation differs because we now have social safety nets put in place in response to the great depression that are supposed to prevent the homelessness and poverty looming around every corner in it's a wonderful life. Obviously, those safety nets are woefully lacking in their achievement of those goals, but there is at least infrastructure in place. For example, the stimulus checks that were sent out were designed to alleviate some of the pressure of the Covid economic crash, whereas the citizens of Bedford Falls got nothing and never expected anything from the government. 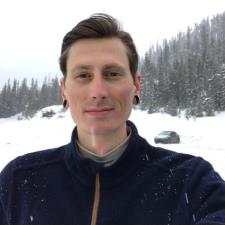