This question uses the inverse-square law, which states that the light intensity experienced at a distance x from a light source is proportional to the luminosity of the source times x^(-2).

It is the dead of night in Gormenghast Castle, and Steerpike, on the run, is trying to hide in a long, narrow corridor that is dimly lit by two lights, one at each end.

(a) Steerpike knows that his best chance of hiding is to be in the spot between the lights where the combined light intensity is least. Where should he hide? You may assume that the luminosity of the first light is R times the luminosity of the second, and that the lights are a distance 2Δ apart, the first being at position -Δ  and the second at position Δ . Express your answer in terms of Δ and R.

(b) Before Steerpike makes his dash, he notices that the first light is actually getting brighter moment by moment, so that the ratio of the luminosities at time t is R(t)=6(t+1). The place X where the combined light intensity is least is therefore changing over time. If Steerpike, by moving just right, is to remain always in the spot of least light intensity, how fast should he be moving when he is at position X? Your answer should involve Δ and X but not t. Hint: Express R in terms of X first.

(c) How fast should he be moving as he passes the midpoint between the two lights? Express your answer in terms of .

Lets start with a good drawing with the distances. If we make our "corridor" the x-axis, and put one light source at -Δ and the other at Δ, then our axis would look like this:

The star represents the point x where the light intensity is at a minimum.

a) The intensity from each source is proportional to luminosity divided by distance squared. At point x we will be adding the intensities together to get: 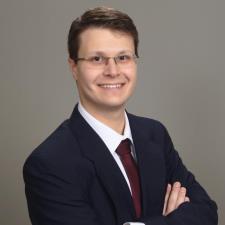 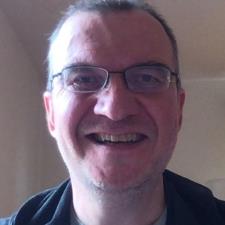 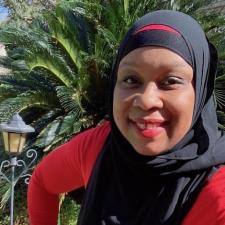