Why isn’t energy equal to MC^2 in black holes?

Great question. First off, I'd like to say that a particle's energy in special relativity is only equal to mc2 in its rest frame. More generally it is equal to mc2/(√(1-(v/c)2)), where v is the velocity of the particle relative to the observer.

In general relativity "energy" is in no way as natural a concept as it is in classical or even quantum mechanics. Quantities associated with "time" translation symmetries are typically identified as energies, but inside a black hole even the roles of time and space become a bit twisted. For example, inside a Schwarzchild black hole, the simplest black hole solution known of Einstein's equation, time and space become so curved that any particle within that black hole eventually winds up at the singularity at its center, even if one exerts a force against it. Coordinates that represent time and "radial" distance outside the black hole flip roles inside of it. I am in no way certain how to even interpret an idea like "energy" inside a black hole, for a particle or anything else.

I hope you find all of this helpful. If you have any good ideas or relevant facts let me know! 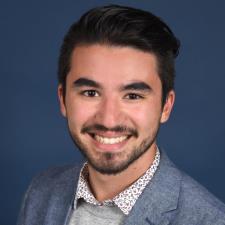 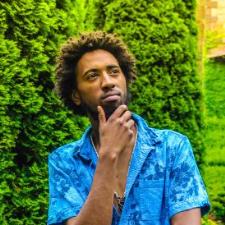