Is Macbeth or Lady Macbeth the real villain in Shakespeare's play?

In Shakespeare's play *Macbeth*, it is Macbeth himself, the eponymous antihero, who meets the witches upon the heath and first conceives the idea to murder his king. It is he who kills Duncan, seizes the throne, has Macduff's family and his friend Banquo killed too, and holds onto power until he is finally killed by Macduff at the end of the play. But much of this is done only due to the urging of his wife, Lady Macbeth, who scorns his 'weakness' whenever he hesitates in performing foul deeds. For example: > MACBETH: We will proceed no further in this business: He hath honour'd me of late; and I have bought Golden opinions from all sorts of people, Which would be worn now in their newest gloss, Not cast aside so soon. > [...] > LADY MACBETH: When you durst do it, then you were a man; And, to be more than what you were, you would Be so much more the man. > <sub>-- [Act I, Scene VII](http://shakespeare.mit.edu/macbeth/macbeth.1.7.html)</sub> **Is it Macbeth or Lady Macbeth who's the true villain of the play?** -
Follow • 1
Add comment
More
Report

I don't disagree with Heather. It is also worth noting, however, that, technically, an antagonist is simply someone or something which is opposed to the protagonist, or main character in a play. The protagonist does not have to be perfect, although Aristotle (and Shakespeare, probably), would insist that he or she must be noble, and this is the case with Macbeth, at least, who seems to have been relatively pleased with his station in life until this sudden opportunity for advancement presented itself.

I think we can all agree that Macbeth is the protagonist of this play, around whom the action revolves and in whose fate the audience is most invested. So I would not describe him as an antagonist, strictly speaking, nor a villain, neither, since he clearly fits the classic notion of a "tragic hero" brought down by some inherent flaw in his personality (i.e., ambition). [For a Shakespearean play that features a true villain as its protagonist, see, e.g., Richard II.] Lady Macbeth is a more complicated case, because I don't think we are ever given a sense that she is genuinely noble or good ... from the start, that is, she's presented as almost cartoonishly wicked. She may be one of the play's villains, as noted by Heather, though she is not, I would argue, an antagonist in the genuine sense of that word (since she and her husband are on the same page).

You can argue that several entities or people are the antagonist in Shakespeare's Macbeth: Lady Macbeth, Macbeth, the witches, fate, etc. If we're talking between Macbeth and Lady Macbeth, I think it depends on what part of the play you're talking about. In the beginning, it's Lady Macbeth that spurns Macbeth into action. She is the driving force in their plan -- she sees the potential in the witches' prophecy that leads the couple forward. However, with the murder of Duncan, Lady Macbeth turns (she's haunted with how much she looks like her father). After Duncan's death, there is a distinct change in their relationship. Macbeth doesn't consult his wife (who had previously been driving the plans) about the murder of Banquo. When she begins sleepwalking and is clearly in turmoil, Macbeth seems unconcerned. 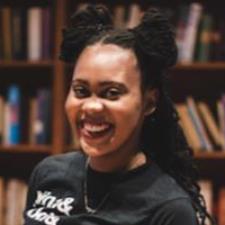 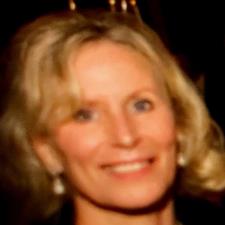